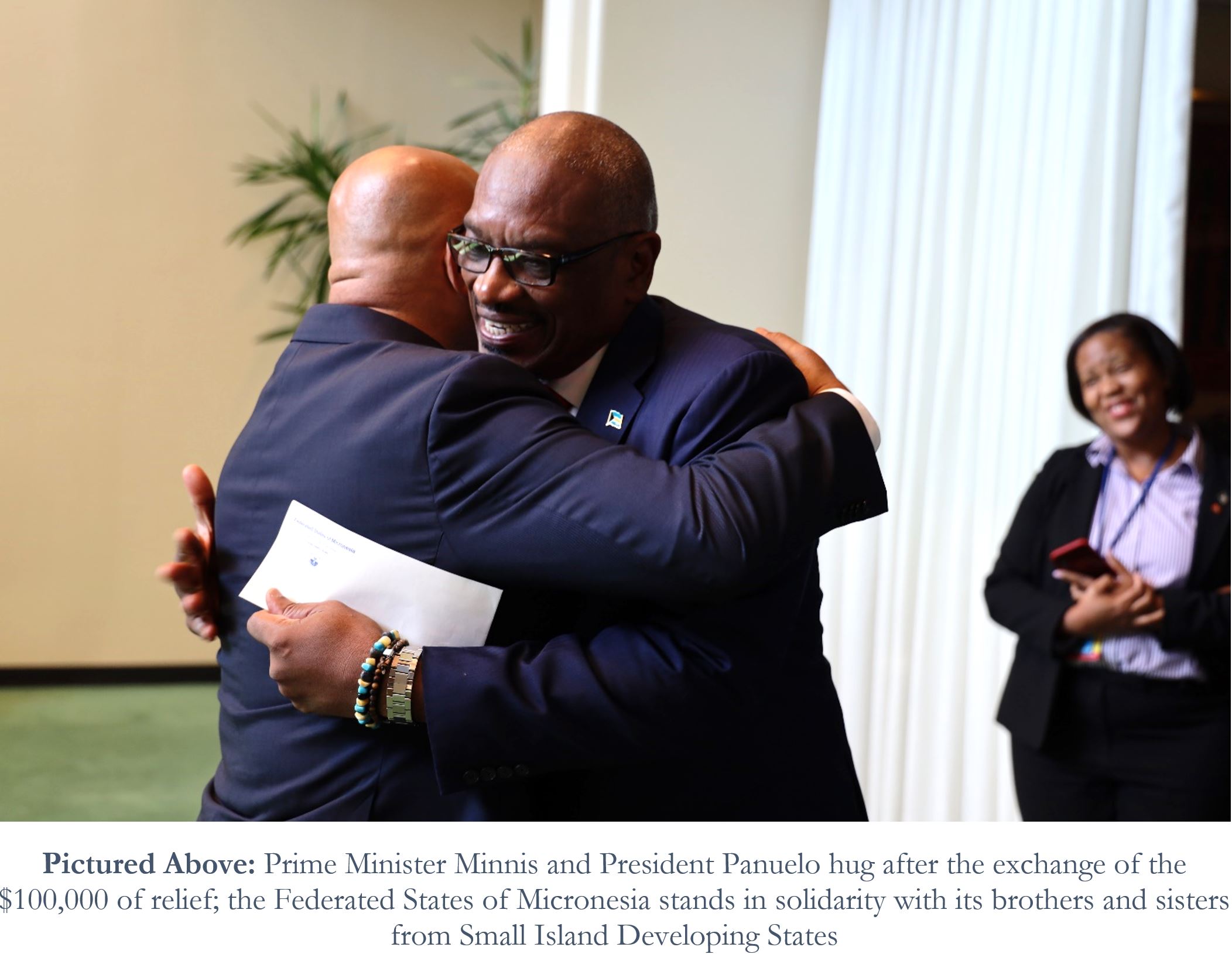 NEW YORK—On September 27th 2019, on the margins of the United Nations General Assembly (UNGA), His Excellency David W. Panuelo, President of the Federated States of Micronesia (FSM) handed His Excellency Hubert Minnis, Prime Minister of the Commonwealth of the Bahamas, a check for one hundred thousand dollars ($100,000) to assist with relief from the devastating and apocalyptic effects of Hurricane Dorian.

Discussed during the Committee to Wait on the President after the opening of the 2nd Regular Session of the 21st Congress of the FSM, the Executive and Congress agreed that it’s crucial for the FSM to stand in solidarity with its brothers and sisters hailing from other Small Island Developing States. President Panuelo expressed his solidarity and condolences in his Address to the 74th UNGA, and noted that even though the FSM is a country with relatively meager resources that showing empathy to others through action is of critical importance.

Hurricane Dorian, a result of the devastating impacts of climate change, is responsible for the death of dozens of Bahamians and several billions of dollars of damage.