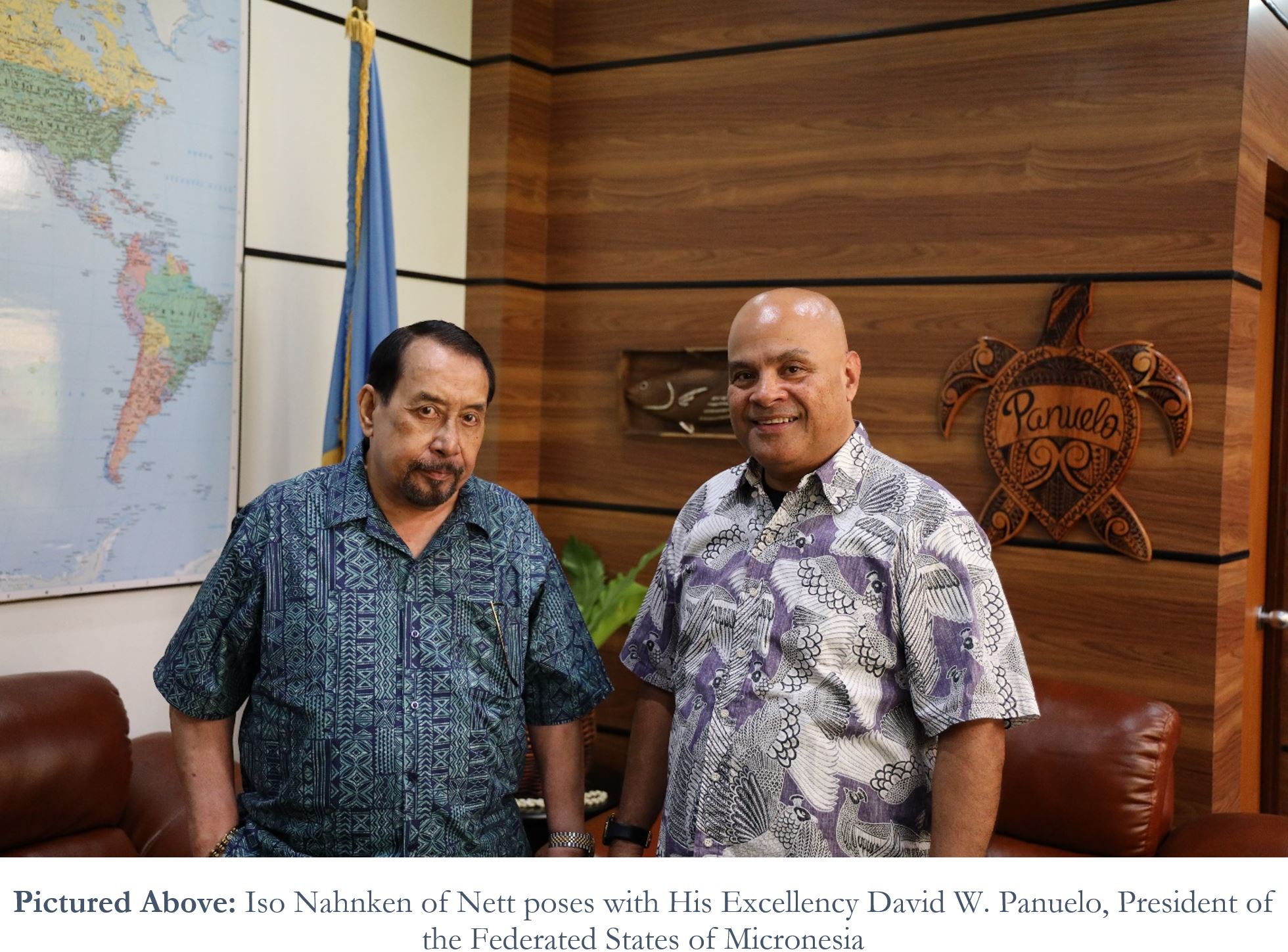 PALIKIR, Pohnpei—On November 1st, 2019 His Excellency David W. Panuelo, President of the Federated States of Micronesia (FSM) received Iso Nahnken of Nett in a courtesy call. The purpose of the meeting was to discuss the traditional leaders’ participation at the 33rd FSM Independence Day, to discuss the upcoming visit of officials from the Universal Peace Federation, and an invitation from the First Lady of the Republic of Palau to the First Lady of the FSM, and each of the FSM’s States, to convene the first Asia-Pacific First Ladies Summit 2019, to be held in Palau December 9th to 12th, 2019. The Asia-Pacific First Ladies Summit will be co-hosted by Palau, the Universal Peace Federation, and the Women’s Federation for World Peace.

Both President Panuelo and Iso Nahnken also discussed their invitation by the Royal Government of the Kingdom of Cambodia to attend the Asia Pacific Summit 2019—Cambodia, co-hosted by Cambodia and the Universal Peace Federation.

The FSM National Government is proud to involve and collaborate with traditional leadership across the Nation in promotion of the FSM’s values of peace, unity, and liberty.