People & Government of Samoa: The Federated States of Micronesia Extends its Love, Sympathies, Prayers, & Solidarity in Your Time of Crisis 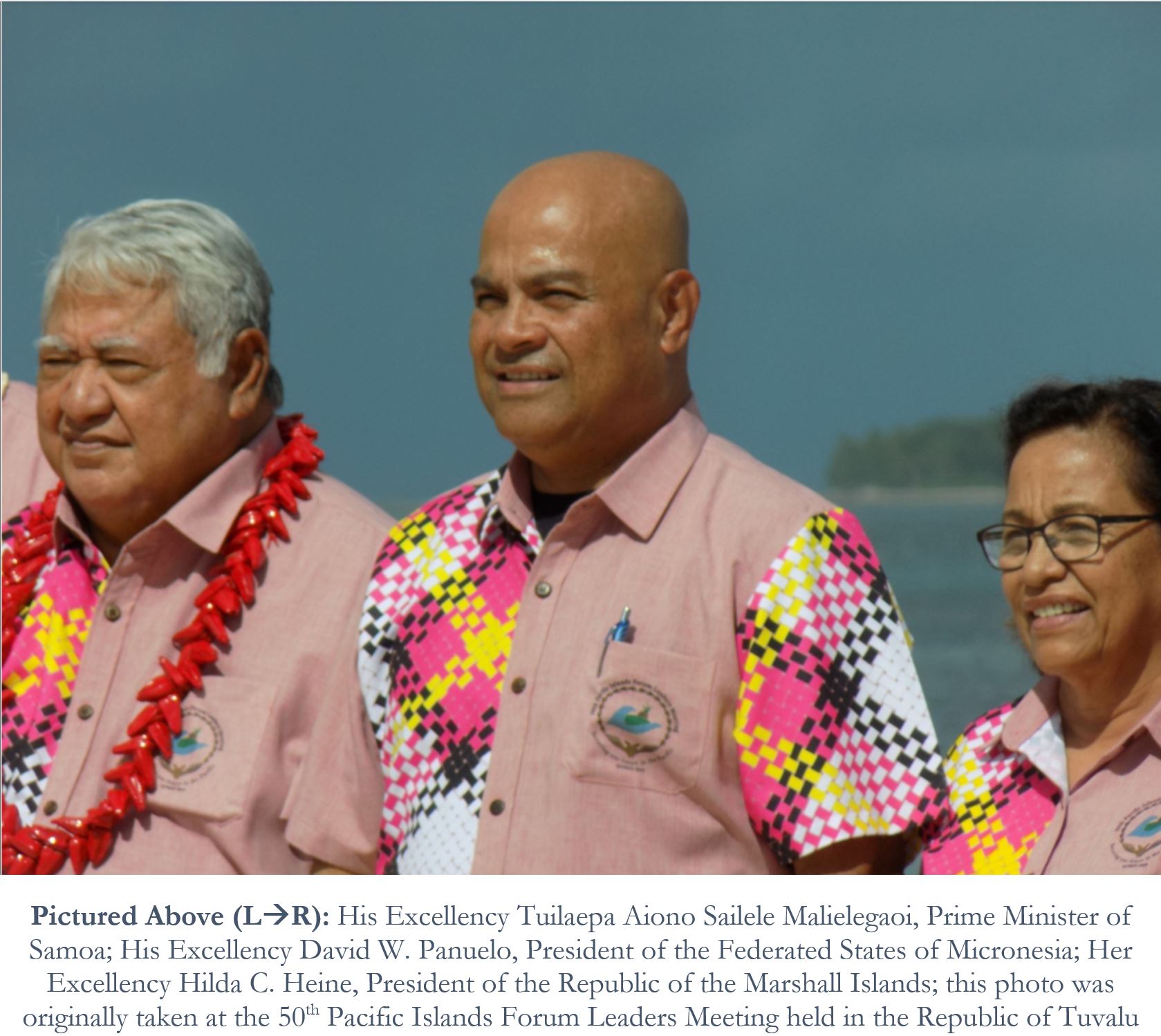 People & Government of Samoa: The Federated States of Micronesia Extends its Love, Sympathies, Prayers, & Solidarity in Your Time of Crisis

WENO, Chuuk—Following a joint leadership discussion between His Excellency David W. Panuelo, President of the Federated States of Micronesia (FSM), the Honorable Wesley W. Simina, Speaker of the 21st FSM Congress, et al., on November 30th, 2019, the 21st Congress of the FSM passed on 2nd reading Congressional Bill 21-107, which authorizes $100,000 (one hundred thousand dollars) of humanitarian relief to the Independent State of Samoa. The purpose of the relief is to assist Samoa in light of the recent Measles outbreak. Measles is a highly infectious and deadly disease that has a propensity towards affecting society’s most vulnerable citizens (i.e. young children and the elderly).

To the knowledge of the FSM National Government, as of November 30th, 2019 the total number of measles infections in Samoa was approximately 3,000. Samoa’s total population is approximately 197,000 individuals, and so the number of infections is both high in absolute terms as well as a proportion of the population.

“Prime Minister,” President Panuelo began in a December 2nd letter to His Excellency Tuilaepa Aiono Sailele Malielegaoi, Prime Minister of Samoa. “I want you to know that the people and Government of the [FSM] express our utmost condolences and sympathies for the recent fatalities stemming from this Measles outbreak. We stand with you in solidarity. It is important for Members of the Pacific Islands Forum to be one together.”

The FSM and Samoa share, in addition to a profound friendship as fellow islanders, blood-ties through historical connections and contemporaneous marriages. “Hearing about children dying just absolutely breaks my heart,” President Panuelo said.

Measles is orders of magnitudes more likely to strike in individuals who haven’t received the MMR (Measles, Mumps, Rubella) vaccine. While children aged between six months to four years old are a priority for this vaccine, ideally every single citizen and resident will have their vaccines up to date.

“To our own people, citizens of the FSM,” President Panuelo said, “Get yourselves and your family vaccinated. I can’t emphasize this enough. It’s not just your own family at risk if you don’t get the right vaccinations—it’s the entire country at risk.”

To find out more about how you and your family can protect yourselves and your community from Measles, call your local public hospital or the FSM Department of Health & Social Affairs.

We have 542 guests and no members online