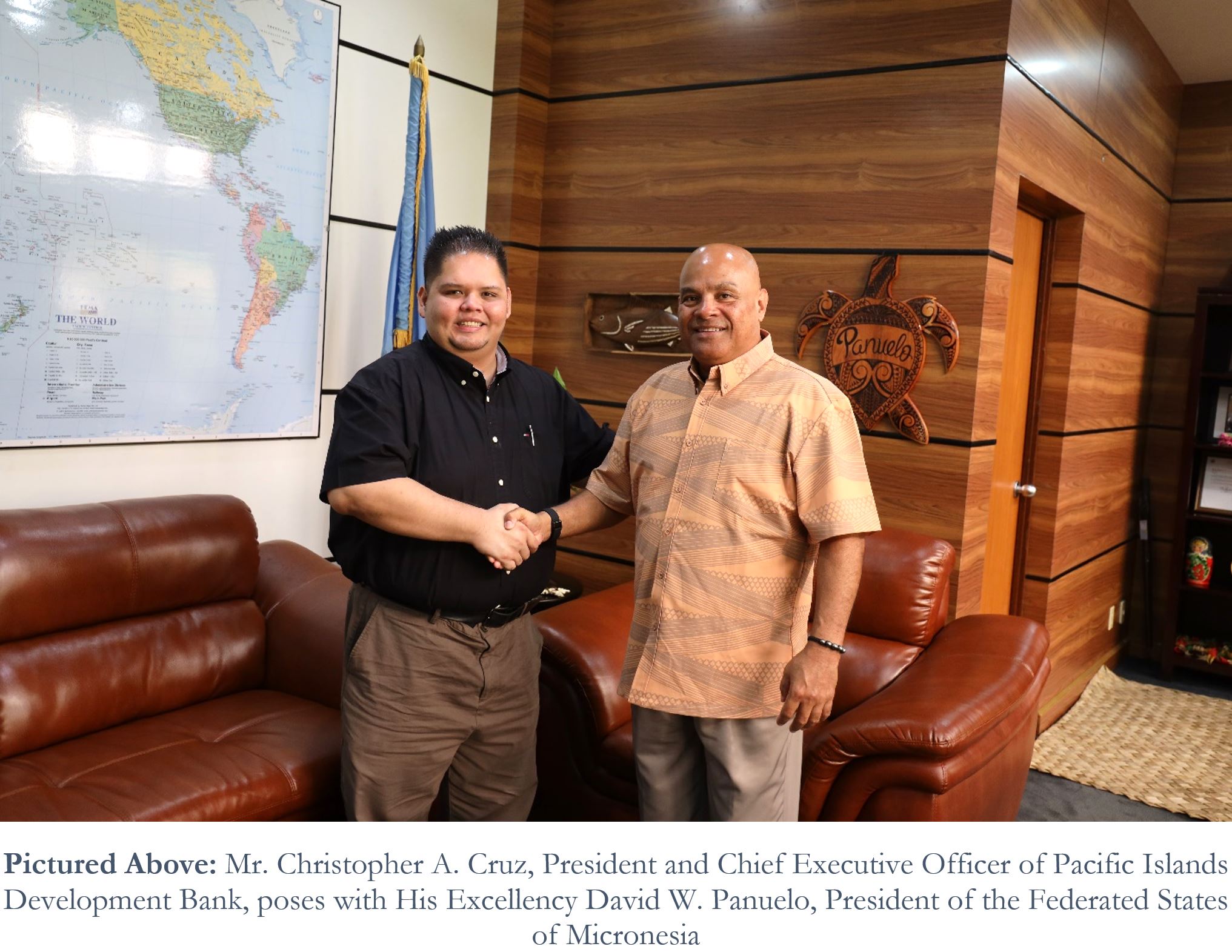 PALIKIR, Pohnpei—On January 15th, 2020 His Excellency David W. Panuelo, President of the Federated States of Micronesia (FSM), received Christopher (“Chris”) A. Cruz, President and Chief Executive Officer of the Pacific Islands Development Bank (PIDB) in a courtesy call. The purpose of the meeting was for Mr. Cruz to discuss PIDB’s agenda for economic development, and the primary outcome was the President formally requesting PIDB to give a presentation to the Micronesian subregion at the 25th Micronesian Islands Forum (MIF).

Each of the FSM State Governments, the U.S. Territory of Guam, the Commonwealth of the Northern Mariana Islands, and the Republic of the Marshall Islands are shareholders in the PIDB (and Kwajalein Atoll specifically is advised to be an Associate Member). PIDB is advised to have approximately 15.5 million dollars in loans at present, and just under 18 million dollars in total assets.

“You need to grow [PIDB], and you’re the right person for this, [Mr. Cruz],” President Panuelo said, who asked Mr. Cruz to present at the 25th MIF to be hosted by the FSM National Government in Pohnpei later in 2020. “I’m hosting the next [MIF]; I would like a presentation from you to lay out what the [PIDB] has done in the area of economic development in the Micronesian subregion.”

Mr. Cruz agreed to present at the next MIF, advising that the Office of the President can expect PIDB’s strategic plan and a snapshot of its financial position sometime beforehand.