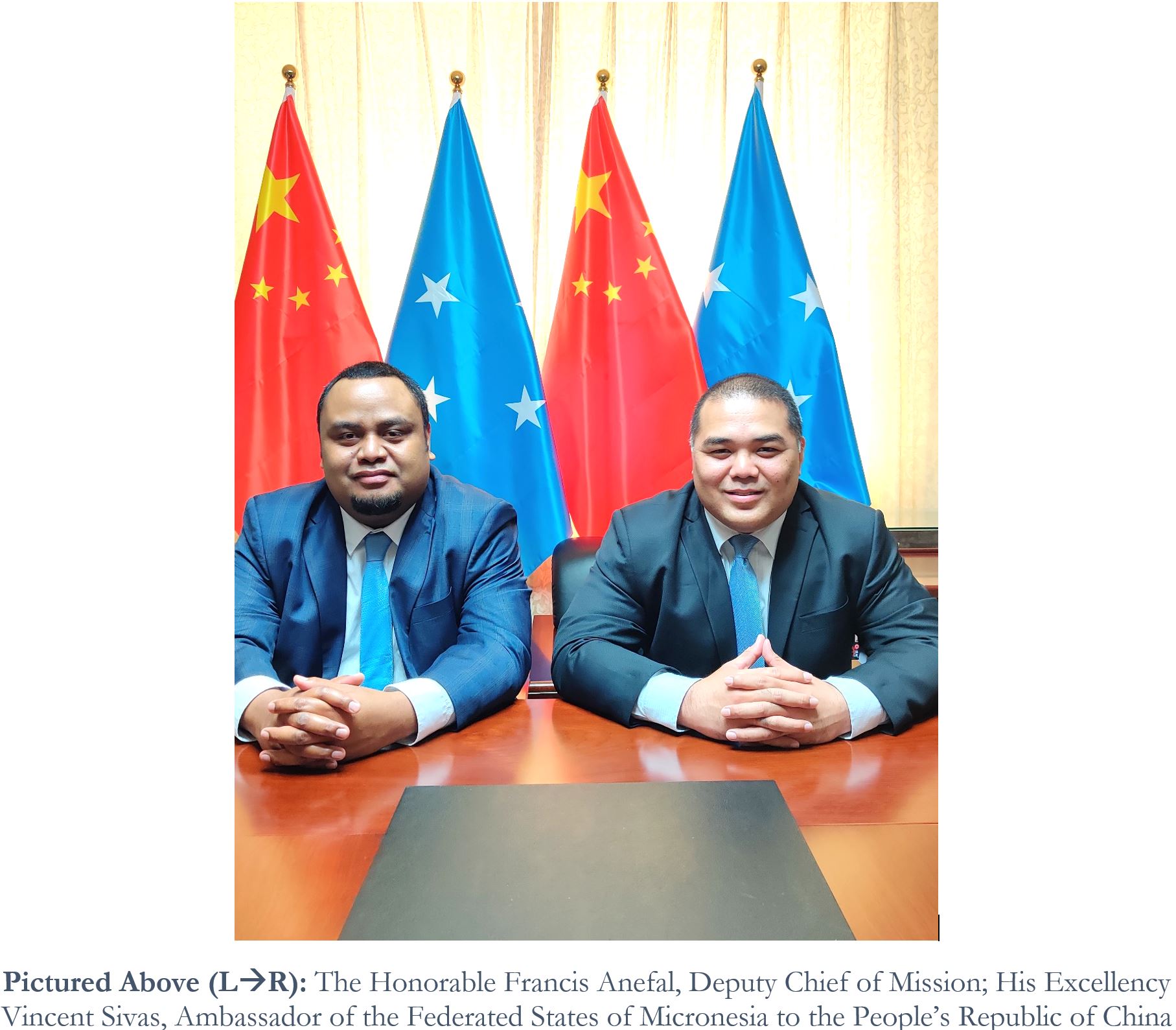 PALIKIR, Pohnpei—On March 10th, 2020, the 21st Congress of the Federated States of Micronesia (FSM), acting in response to nominations submitted by His Excellency David W. Panuelo, President of the FSM, confirmed His Excellency Vincent Sivas and the Honorable Francis Anefal to become the Ambassador and Deputy Chief of Mission respectively to the FSM’s Embassy in Beijing.

“I am humbled,” said President Panuelo in a statement, “by Congress’ recent action to confirm the nomination for these two fine, upstanding citizens who have served our Nation and its citizens under [the Honorable Carlson D. Apis, contemporary Secretary of Transportation, Communication, & Infrastructure and former Ambassador of the FSM to the People’s Republic of China]. Our Great Friendship with China will become even greater with these two public servants leading the way.”

In a statement, Ambassador Sivas said “We are honored and humbled for the confidence that President Panuelo has bestowed upon us to serve in his administration as Ambassador and DCM in China. We are grateful and sincerely appreciate the concurrence that the members of the 21st FSM Congress have given to our nomination today with our confirmation.  We look forward to working closely with our leaders in Palikir under the close guidance of Secretary Elieisar and the Department of Foreign Affairs to carry out our duties to further enhance the ‘Great Friendship’ that exists between the FSM and China.

In a statement, Deputy Chief of Mission Anefal said “I am truly humbled by the confidence placed in me by President Panuelo to serve in this capacity.  I would also like to take this opportunity to extend my heartfelt appreciation to every member of the 21st Congress for their support and confirmation.  I look forward to serving under the leadership of this administration and the guidance of Secretary Elieisar and the Department of Foreign Affairs.”

Over the next several years, the Panuelo-George administration is hopeful that Ambassador Sivas and Deputy Chief of Mission Anefal will bring the Great Friendship between the FSM and China to a new high, to be demonstrated by an increase in people-to-people exchanges, student scholarships, and technical and economic assistance programming.