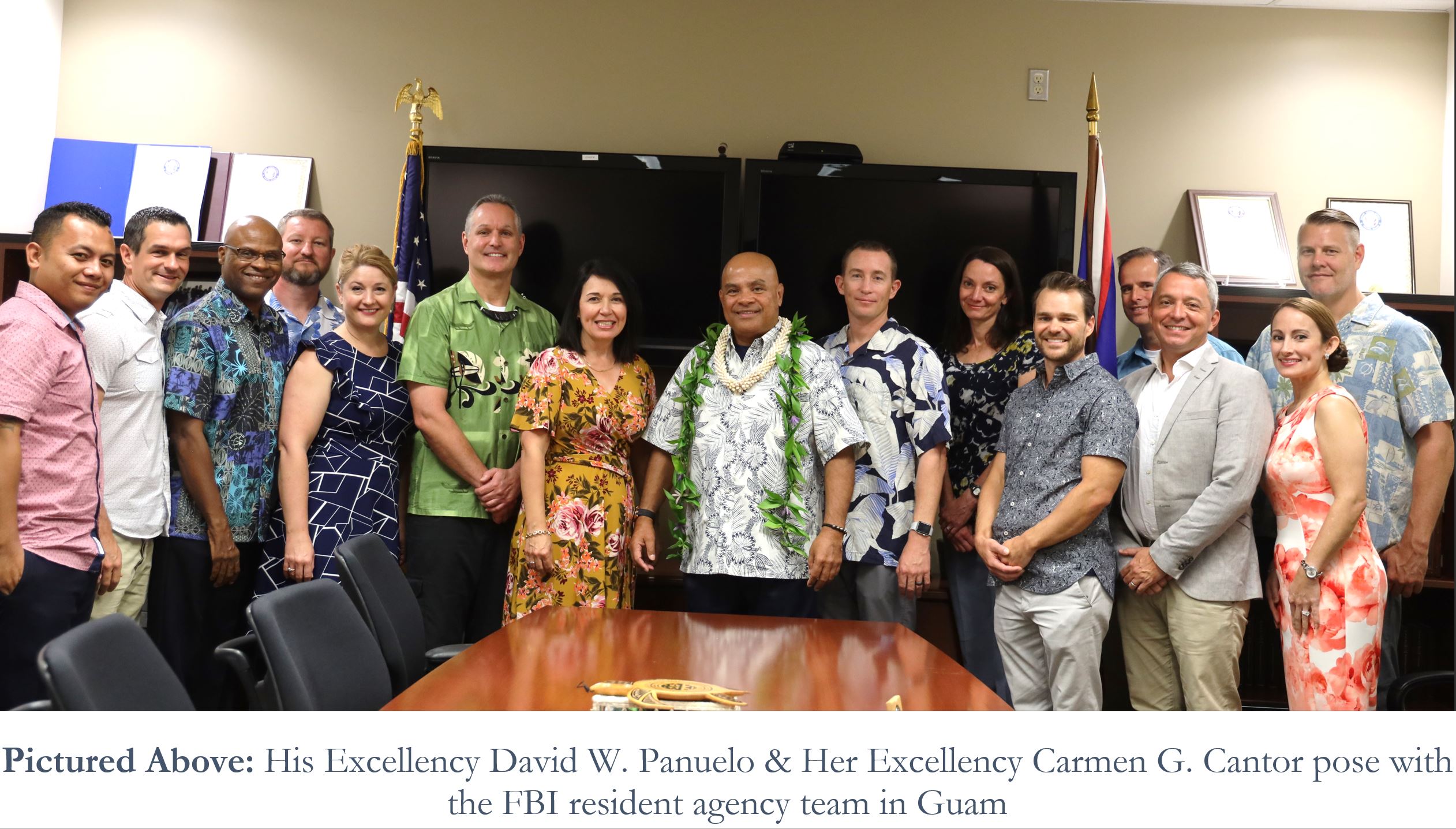 TAMUNING, Guam—On March 15th, 2020, His Excellency David W. Panuelo, President of the Federated States of Micronesia (FSM), met with Her Excellency Carmen G. Cantor, Ambassador of the United States of America, at the Federal Bureau of Investigation’s (FBI) resident agency in Guam. The purpose of President Panuelo’s meeting was to review historical and contemporary law enforcement cooperation between the FSM and the United States in areas ranging from personal crimes investigations (e.g. homicide and other violent crimes) to white-collar (i.e. financial) crimes investigations.

After an opening statement where he expressed his gratitude for the FBI’s full-team reception, and reiterated his unwavering support for transparency, responsibility, and accountability, as demonstrated through upholding international standards and the rule of law, the President discussed matters of mutual interest to the FSM and the United States.

The President noted the Nation’s continued appreciation for the FBI’s collaboration with the FSM’s National and State Police, and advised that it is the intention of the Panuelo-George administration to further strengthen, expand, and promote the FSM-U.S. Enduring Partnership in the area of law enforcement cooperation.

“In a time where international norms and standards are increasingly challenged,” President Panuelo said, “it is all the more important that we are all equal under the law, and that the rule of law reigns supreme. While some may think of the Indo-Pacific Strategy and the vision of a free and open Indo-Pacific as strictly maritime security cooperation and climate resilience between the FSM, the United States, Japan, Australia, and other rule-of-law focused partners, an equally important pillar is good governance—and at the core of good governance is accountability and justice for all.”

We have 427 guests and no members online