For Memorial Day 2020, President Panuelo Conveys the Nation’s Grief to President Trump as the FSM & the United States Mourn Those Who Gave the Ultimate Sacrifice 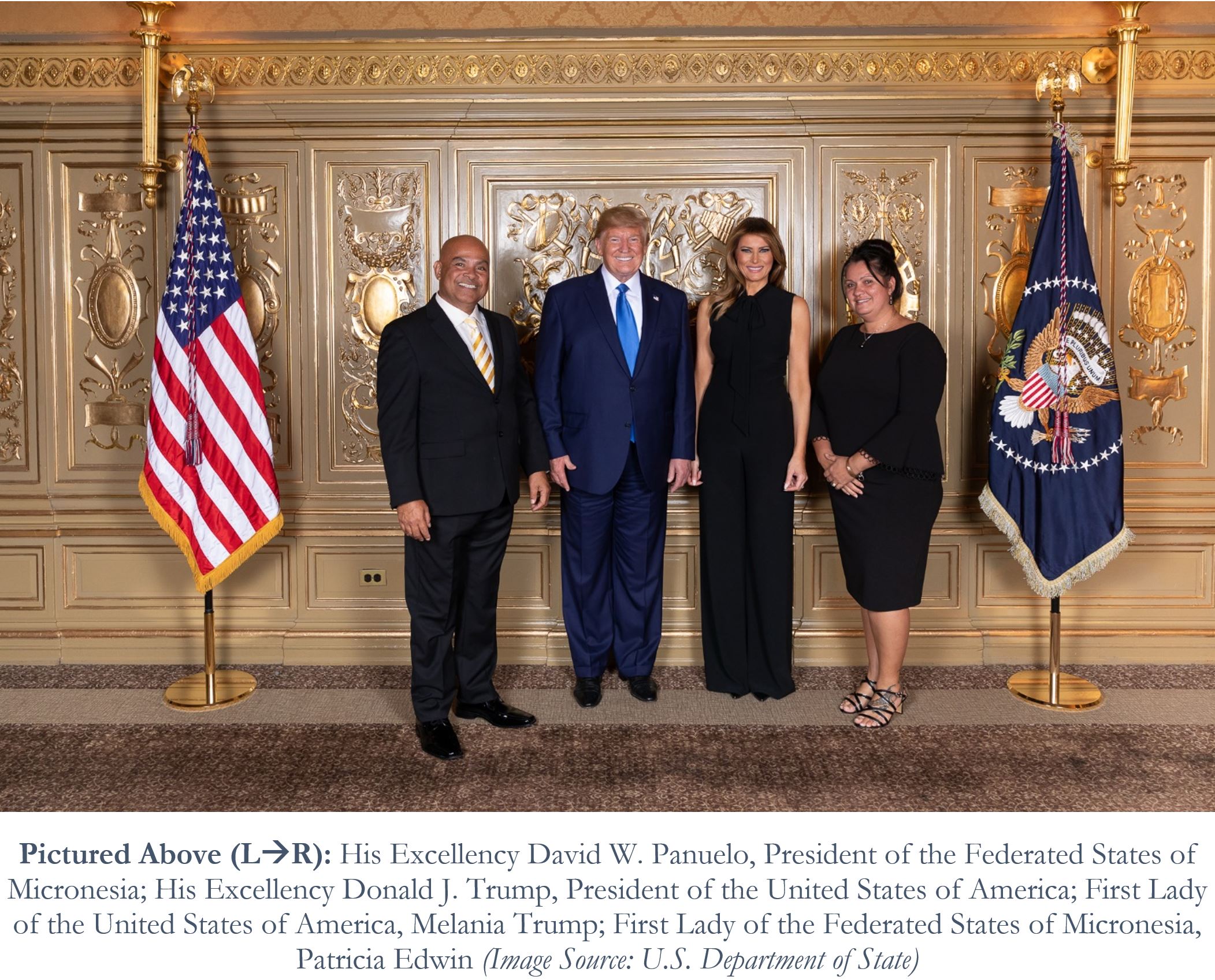 For Memorial Day 2020, President Panuelo Conveys the Nation’s Grief to President Trump as the FSM & the United States Mourn Those Who Gave the Ultimate Sacrifice

PALIKIR, Pohnpei—On May 25th, 2020, His Excellency David W. Panuelo, President of the Federated States of Micronesia (FSM), sent a diplomatic note to His Excellency Donald J. Trump, President of the United States of America, to “convey our Nation’s shared grief as the United States mourns the loss of those American and Micronesian men and women who gave the ultimate sacrifice in service to our shared values of peace, unity, and liberty” during this year’s Memorial Day remembrances.

President Panuelo noted that a year prior, in 2019, he had the distinct honor and privilege of joining the Honorable Robert L. Wilkie, Secretary of the Department of Veterans Affairs, in a solemn wreath-laying ceremony; “it is a memory I cherish,” the President wrote.

Amongst the other topics discussed and alluded to in the letter, such as the FSM’s appreciation for U.S. support vis-à-vis the Coronavirus Aid, Relief, & Economic Security (CARES) Act and the very closely aligned mutual goals regarding the negotiations on the Compact of Free Association, President Panuelo also signaled the Nation’s condolences and sympathies for the loss of American lives due to the COVID-19 Pandemic.

“Mr. President,” President Panuelo wrote, “It is with a heavy heart that I note that the total number of Americans who have succumbed to the ill-effects of the COVID-19 Pandemic is now approximately equivalent to our island Nation’s total population. On behalf of our People and Government, I extend to you, and the People and Government of the United States, our deepest and sincerest condolences, and sympathies.”

“Of the many qualities and values our People and Government admire in the United States,” President Panuelo continued, “One of them is that the American People, and the American Government, are renowned for their optimism in the face of adversity, and a profound sense of unity in times of despair. Though 2020 has so far demonstrated its interest in challenging our World’s resolve, I urge you and the People and the Government of the United States, as you reflect on the loss of our men and women who gave the ultimate sacrifice, to recall that uniquely American optimism, whether it’s in tackling the COVID-19 Pandemic or any other challenges that present themselves.”

We have 67 guests and no members online