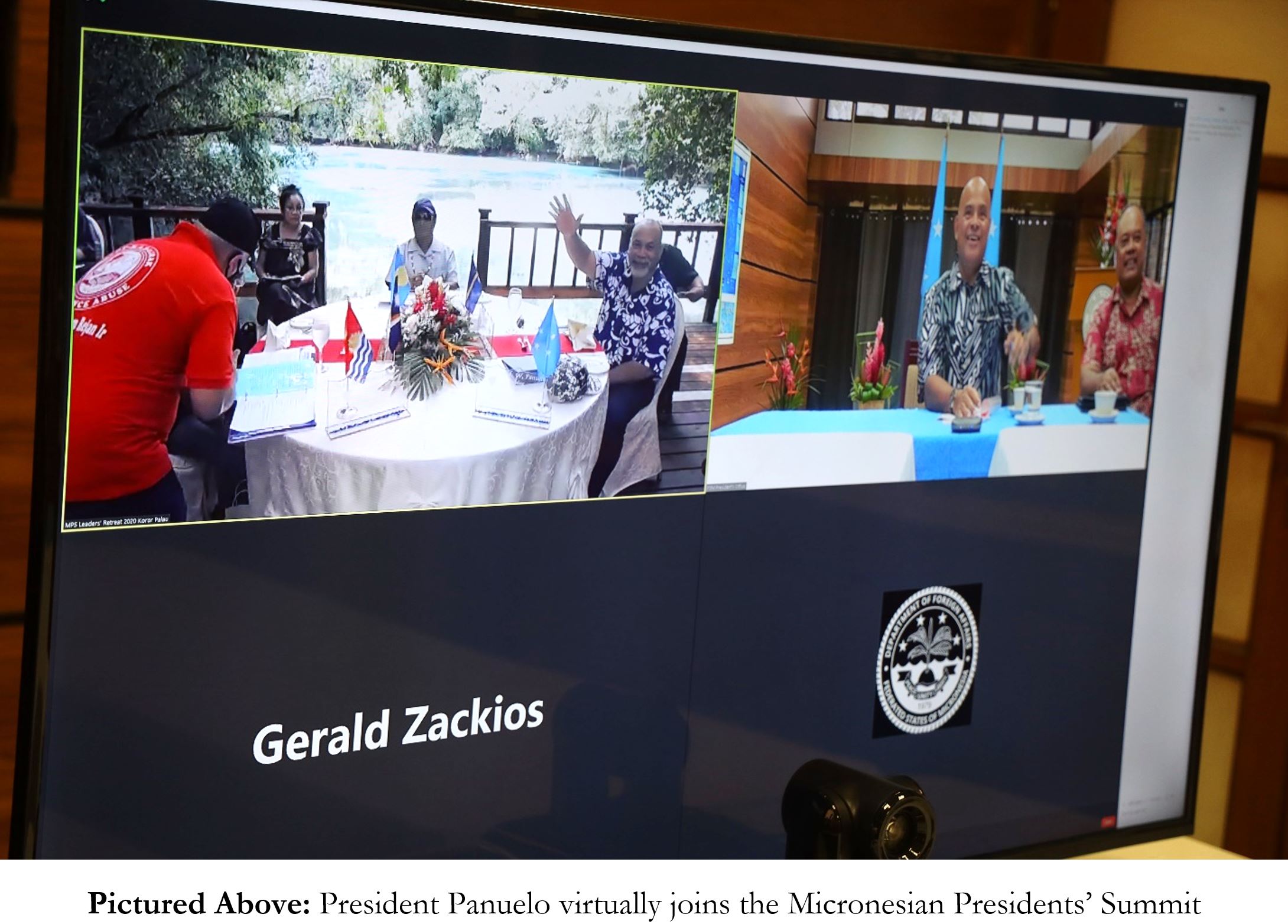 Citizens unfamiliar with the politics of the PIF may appreciate the following summary. Analogous to the European Union or the African Union, while the MPS is the subregional gathering of Micronesian Presidents, the PIF is the regional entity representing the Pacific Island regions of Micronesia, Melanesia, and Polynesia, and historically has been used to promote regional solidarity to include emphasizing the Pacific’s stance on issues of import at the United Nations. PIF Leaders agreed that the Secretary-General position shall be determined on a rotational basis, yet the last five Secretary-Generals have served from Papua New Guinea, Australia, Samoa, Tuvalu (in an acting capacity), and Papua New Guinea once more, with Micronesia being in the role only once. Per the Gentleman’s Agreement of rotational leadership, it is the Micronesian subregion’s turn, and the MPS submitted their candidate to the PIF in September 2019. The Micronesian candidate is H.E. Gerald Zackios, contemporary Ambassador of the Republic of the Marshall Islands to the United States of America, and former Minister of Foreign Affairs.

“It would be awful if our unity doesn’t materialize into the successful bid for Gerald Zackios,” President Panuelo said at the Leaders Retreat. “Ambassador Zackios is the proper choice per our Gentleman’s Agreement for sub-regional rotation. Our solidarity and integrity in the PIF are strengthened by this agreement, and to me this issue is non-negotiable. I don’t want this to lead to fragmentation of our PIF, but it might do that. The Micronesian subregion is as much a part of the Pacific as Polynesia or Melanesia, and if they are unable to adhere to the Pacific Way of respect for others, including respect for our Gentleman’s Agreement, then the consequence is that we simply don’t engage with them or allow ourselves to be pushed around by people with ulterior motives in the PIF Secretariat. If this agreement is not honored, I see no benefit to remaining in the PIF.”

The language in the Joint Communique reads as: “Presidents discussed the selection process and appointment of the next PIF Secretary-General and reiterated their firm commitment to the appointment of Micronesia’s candidate, Ambassador Gerald M. Zackios, in line with the Gentlemen’s Agreement for sub-regional rotation. Presidents agreed that the solidarity and integrity of the PIF is strengthened by the Gentleman’s Agreement, that this issue is one of respect and Pacific Unity, and that it is non-negotiable for Member States. Presidents agreed that in the Pacific Way, a Gentleman’s Agreement is an agreement, and if this agreement is not honored, then the Presidents would see no benefit to remaining in the PIF.”

Amongst the other topics discussed were with regards to regional shipping and airline services, the COVID-19 Pandemic and response thereof, and tackling illegal, unregulated, and unreported fishing, among others. Presidents enthusiastically agreed that the current member states of the Micronesian Shipping Commission (MSC), the FSM, Palau, and Marshall Islands, will extend an invitation to Nauru and Kiribati. President Panuelo advised that he has approved the extraction of the Sea Dragon aerial surveillance vehicle and is working with partners to see the issue swiftly resolved.

We have 115 guests and no members online