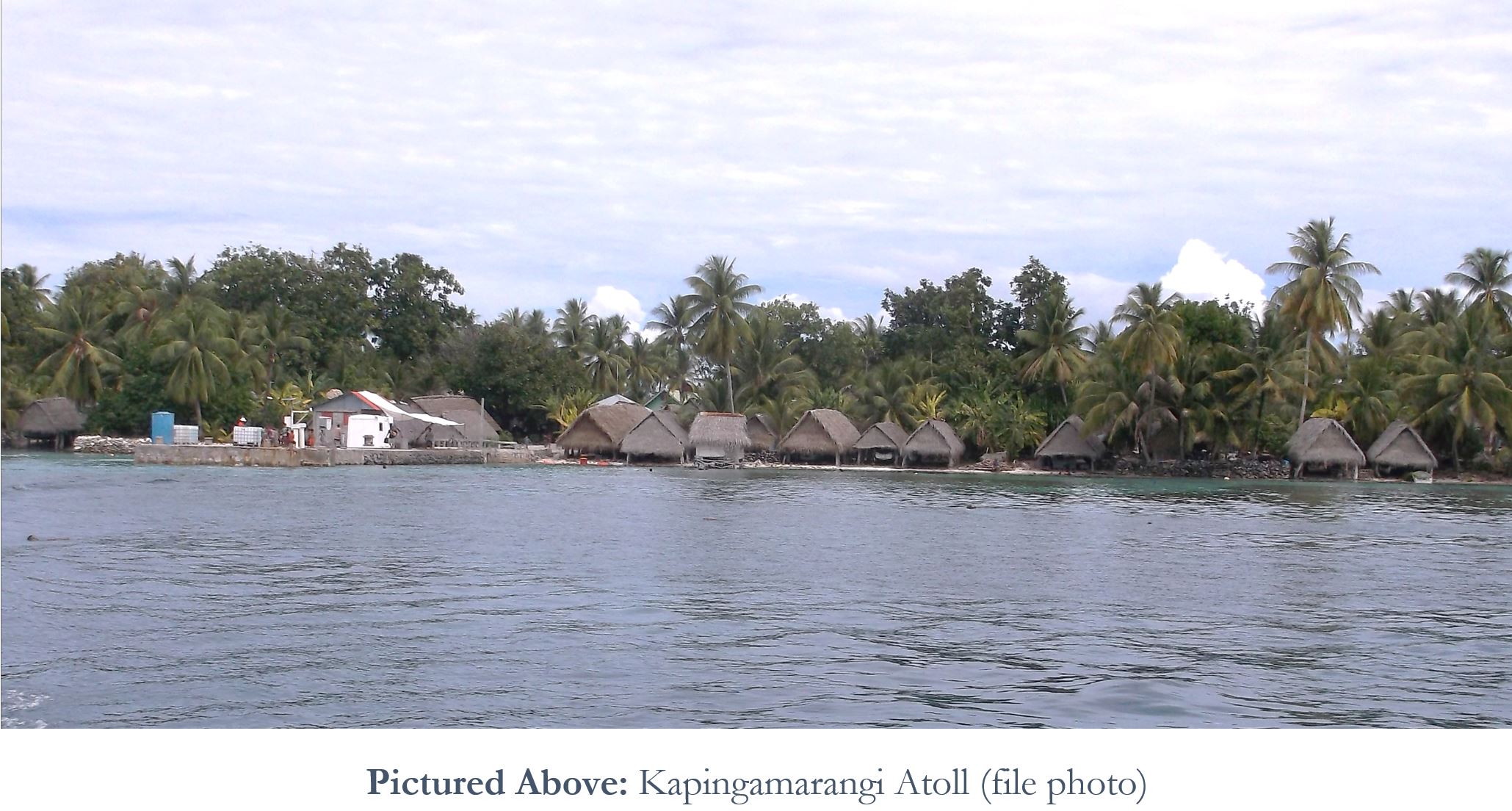 PALIKIR, Pohnpei—On October 5th, 2020, the Federated States Ship (FSS) Independence, as part of a joint National & State Government relief effort, arrived in Kapingamarangi Atoll to deliver carriable potable water, and desalinate more to fill empty catchments. The relief effort comes in response to Kapingamarangi’s urgent request for water via a letter from the Honorable Reed B. Oliver, Governor of Pohnpei State, to His Excellency David W. Panuelo, President of the Federated States of Micronesia (FSM), on October 1st, 2020.

Governor Oliver advised President Panuelo that Kapingamarangi had approximately one thousand (1,000) gallons of water left in its government catchment as of October 1st. In consultation with the Honorable Andrew Yatilman, Secretary of the Department of Environment, Climate Change, & Emergency Management (DECEM), President Panuelo instructed available National Government assets to immediately deliver potable water to Kapingamarangi, one of the Nation’s most remote atolls.

The FSS Independence reported to the Honorable Joses R. Gallen, Secretary of the Department of Justice, that seven hundred and thirty (730) gallons of water have been delivered as of the evening of October 5th. “This is about three gallons per person,” the crew advised in their report.

On October 6th, 2020, the Independence will try to come closer to shore to “see if we have enough hose that can reach their jetty; then we will pump water to them.” The crew advised that they were able to start their desalinator but that water pressure remains low with the output too salty to use, and have since reached out for technical assistance.

The crew reported that Climate Change-affected Kapingamarangi, frequently beset by droughts in recent years, is presently extraordinarily dry even by typical standards of such. “We walked through the taro patch and didn’t even get our slippers wet,” the crew reported. “Breadfruit is falling off prematurely and about ninety percent (90%) of banana trees have yellow leaves.”

President Panuelo has instructed DECEM and the Department of Justice to keep him and Vice President George informed on the situation and to ensure Kapingamarangi’s water needs are addressed, including any possible food security issues.

We have 332 guests and no members online