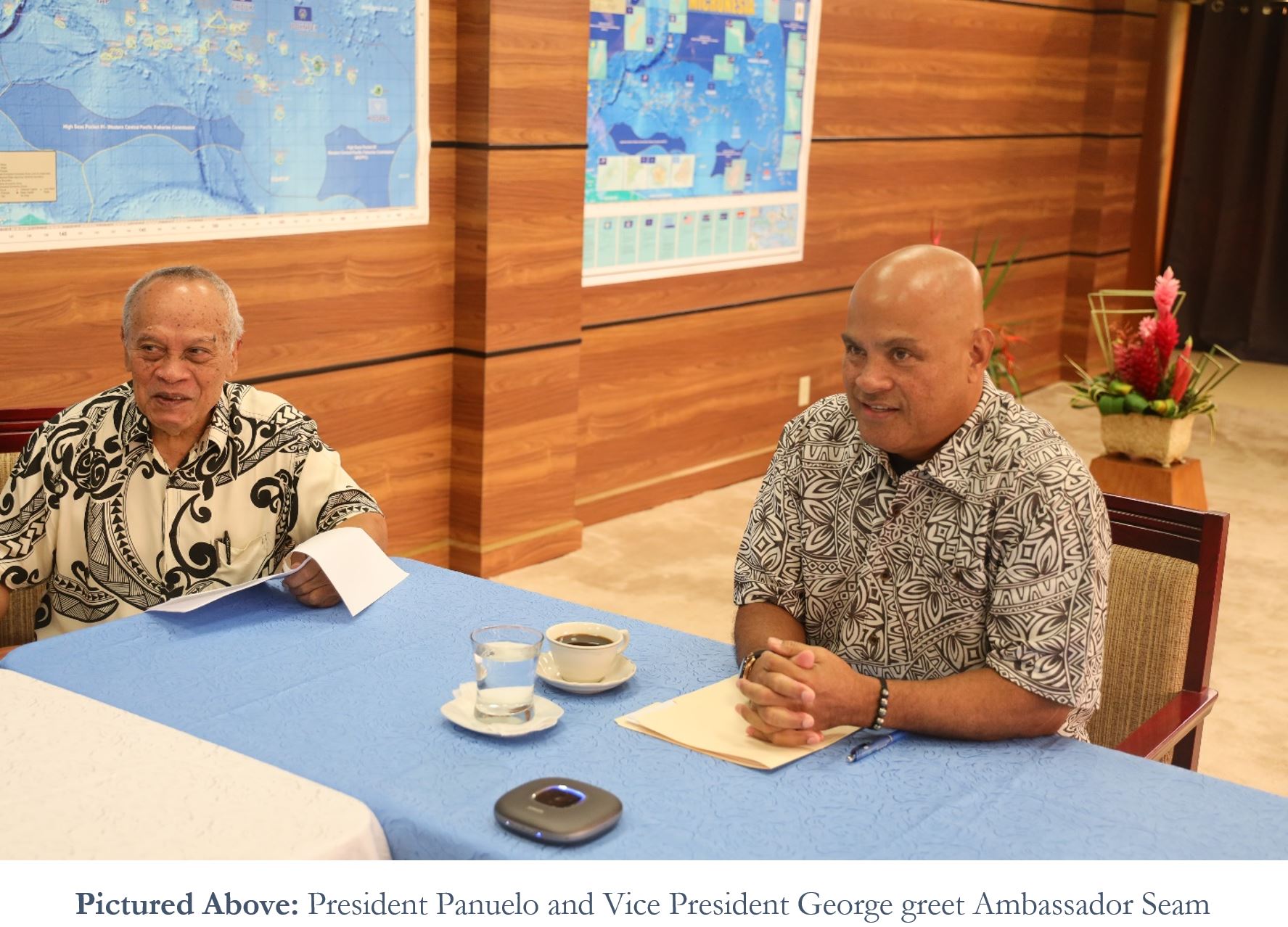 PALIKIR, Pohnpei—On October 8th, 2020, His Excellency David W. Panuelo—President of the Federated States of Micronesia (FSM)—and the Honorable Yosiwo P. George, Vice President of the FSM, received His Excellency Sojiro Seam, Ambassador of the European Union to the Pacific Islands, in a virtual Presentation of Credentials ceremony and follow-up courtesy call.

President Panuelo began his remarks by offering the Nation’s sympathies and condolences to Europe at large for the lives lost during the COVID-19 Pandemic. The President then discussed human rights and how said rights are directly related to the global community’s ongoing efforts to tackle Climate Change. “As Micronesians, we, like you and all citizens in our global community, value life and recognize that an infringement on the rights of one is the same as an infringement on the rights of us all. We thank you for the European Union’s strong stance in relation to the environment, and thank the European Union for their leadership in confirming that you will be carbon neutral by 2050.”

Ambassador Seam suggested that the post-Cotonou Framework is highly anticipated towards the end of 2020 or the beginning of 2021, and that by extension the FSM will have fuller clarity on future cooperation with the European Union shortly thereafter.

President Panuelo emphasized his commitment towards opening an Embassy of the FSM in Europe to be cross-accredited with the European Union. After the COVID-19 Pandemic passes, it remains the intention of the FSM National Government to work with the Swiss Confederation to place an Embassy in Geneva, where it will serve as the FSM National Government’s Diplomatic Mission to bilateral partners in Europe, the European Union proper, as well as the United Nations’ operations on the continent.

“Europe is one of the most important continents that continues to pay attention to the Pacific,” President Panuelo said. “We look forward to strengthening our positive relations with the European Union.”

We have 189 guests and no members online