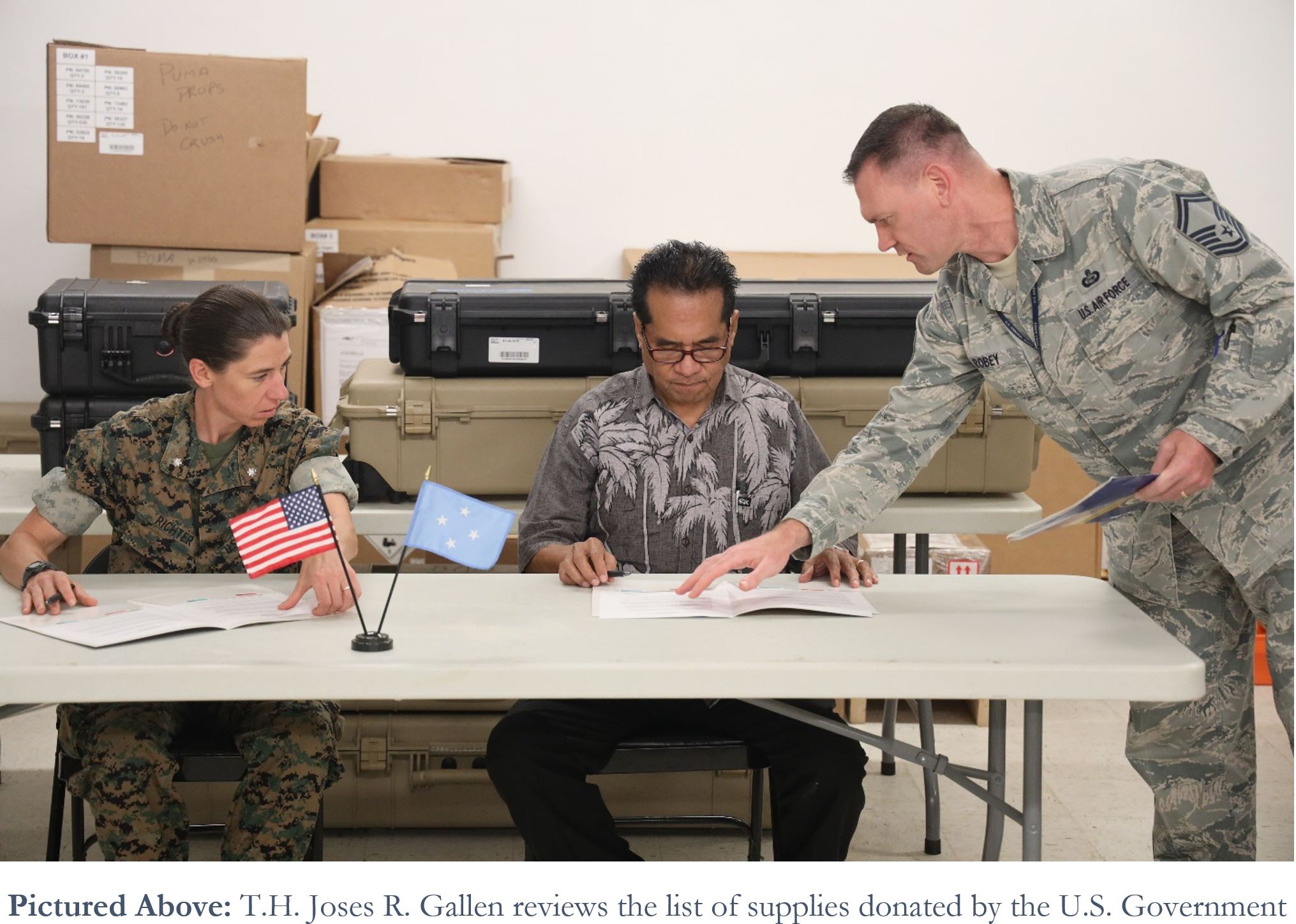 PALIKIR, Pohnpei—The Government of the Federated States of Micronesia (FSM) recently acquired capacity-building surveillance supplies, including an AeroVironment RQ-20 Puma drone, in a handover ceremony between the Honorable Joses R. Gallen, Secretary of the Department of Justice, and Lieutenant Colonel Erin Richter, Defense Attaché at the Embassy of the United States of America. Authorized through Section 333 from Title 10 of the U.S. Code’s Chapter 16, which grants the U.S. Department of Defense “Authority to Build Capacity”, the U.S. Embassy’s provision of training and equipment to the FSM National Police is intended to strengthen the Nation’s capacity to conduct maritime and border security operations, among other operations or activities necessary for the FSM’s overall security needs.

In addition to the Puma drone, the FSM National Police also received supplies for retooling, cleaning, and maintaining the Nation’s armory.

“On behalf of His Excellency David W. Panuelo, the Honorable Yosiwo P. George, and the People of the FSM,” Secretary Gallen said, “I thank the U.S. Embassy for their continued support in strengthening our FSM-U.S. Enduring Partnership. These supplies and Puma drone will help the Department of Justice’s capacity in effectively carrying out its mandate equitably enforcing the law, and keeping our Nation secure.”

It is the intention of the FSM National Government to constantly improve its capacity in equitably and consistently enforcing the Nation’s laws. In a statement following the receipt of the supplies, President Panuelo said: “We are grateful to the United States and our Enduring Partnership in strengthening our capacity to conduct law enforcement activities. I pledged during my inaugural address in July 2019 that the Panuelo-George administration will demonstrate a commitment to the rule of law, and that this will be measured by, among other means, the newly implemented Division of Anti-Human Trafficking, the strengthening of our FSM National Police and Maritime Wing, and joining the International Police Organization (INTERPOL), the latter of which I hope to see positive developments on before the end of 2020. It is my hope that these supplies and this Puma drone will increase our Nation’s efficacy in ensuring that justice, while blind in its delivery of fairness to all citizens, has the necessary vision to witness wrongdoing where it occurs, and make a competent determination on the appropriate course of action thereof.”

We have 81 guests and no members online