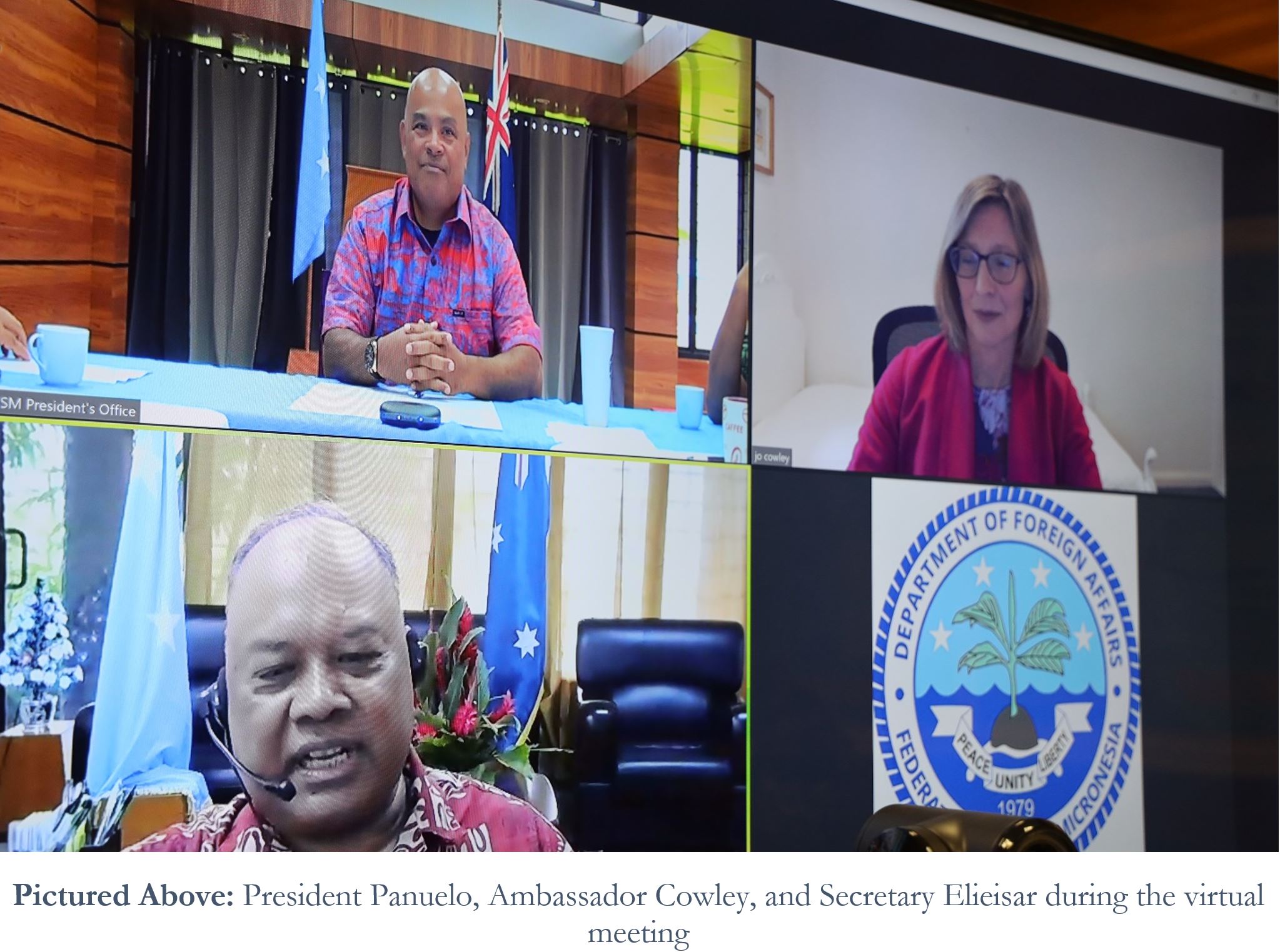 After the acceptance of Ambassador Cowley’s credentials and confirmation to the FSM as the Ambassador of Australia, the Ambassador spoke about the close relationship and friendship between our two countries. The Ambassador described the FSM’s and Australia’s mutual interest in prosperity, regional security, sovereignty, and sustainability, and shared values of respect and partnership.

Ambassador Cowley, in her remarks, described at length the deep friendship between the FSM and Australia, demonstrated in the beginnings of 2020 by the FSM’s donation to Australia to assist in the recovery from the extreme bushfires event, and continuing through Australia’s assistance in COVID-19 prevention and mitigation efforts through the provision of critical medical supplies, test kits, and training. The Ambassador described how Australia has provided eighty million dollars ($80,000,000) in COVID-19 vaccine support to Pacific countries, Australia’s commitment to the Paris Agreement as recently demonstrated by a five hundred-million-dollar ($500,000,000) commitment to renewable energy projects in Pacific countries, and that the FSM can expect receipt of the two new Guardian-class patrol boats in February and July, 2022.

President Panuelo, in his remarks, described the FSM’s close friendship with Australia, including the Nation’s ongoing appreciation for Australia’s role in maintaining regional security. The President described at length the FSM’s interests in developing crucial infrastructure, such as climate resilient roads, in developing innovative ways of partnering with Australia to tackle the existential threat of Climate Change, and in seeing Micronesian representation at the highest levels of leadership in the Pacific Island Forum (PIF). The President also noted the Government’s continued intention to open an Embassy in Canberra.

The FSM and Australia have had diplomatic relations since July 6th, 1988.

We have 3848 guests and no members online