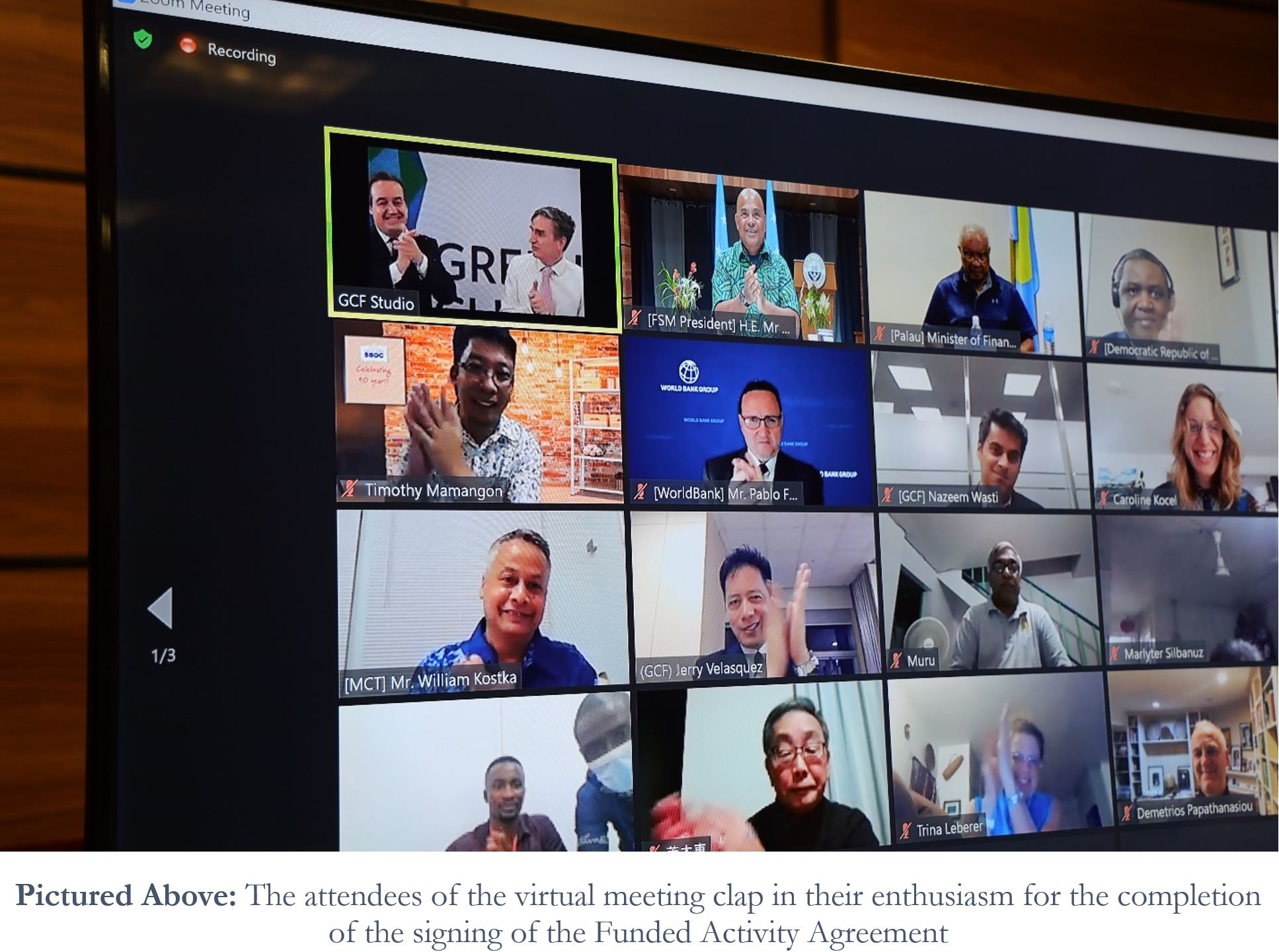 PALIKIR, Pohnpei—On March 19th, 2021, His Excellency David W. Panuelo—President of the Federated States of Micronesia (FSM)—gave an address on the occasion of the signing of the Nation’s first single-country project with the Green Climate Fund (GCF). The FSM Climate Resilient Food Security Project, the result of diligent effort on behalf of Micronesia Conservation Trust and the GCF National Designated Authority Office in Palikir, with support from the Departments of Resources & Development, Environment, Climate Change, & Emergency Management, and Finance & Administration, the State Governments of Yap, Chuuk, Pohnpei, and Kosrae, the College of Micronesia-FSM, The Nature Conservancy, the U.S. Agency for International Development, et al., is a 9.4 million-dollar project of which nearly 8.6 million will be directly financed by the GCF.

Operating under the broader theme of Climate Change adaptation, the entirety of the FSM will benefit directly or indirectly from the project which focuses on climate resilient food security for farming households across the Nation. It is expected that approximately 68,250 Micronesian farmers will directly benefit from the project, with an additional 44,390 Micronesians benefiting indirectly. The project is a comprehensive national effort to increase the resilience of vulnerable communities to food insecurity due to Climate Change, by improving access to climate information, investing in climate-smart agriculture and livelihood practices, and developing agricultural markets and value chains.

The project is the GCF’s first single-country project in the FSM, and its first project with the Micronesia Conservation Trust. It represents a milestone in delivering rapid financial support for building Climate Change adaptation and engages a wide spectrum of stakeholders at the Government, academic, and household levels.

“The Climate Resilient Food Security for Farming Households Across the FSM Project will be the first system-wide project of its kind in the FSM,” said President Panuelo. “It is country-owned and will remain country-driven, as national organizations will be the implementing and executing entities. This project will be targeting the most vulnerable to Climate Change to support their ability to withstand the multiple threats of Climate Change impacts.”

We have 341 guests and no members online