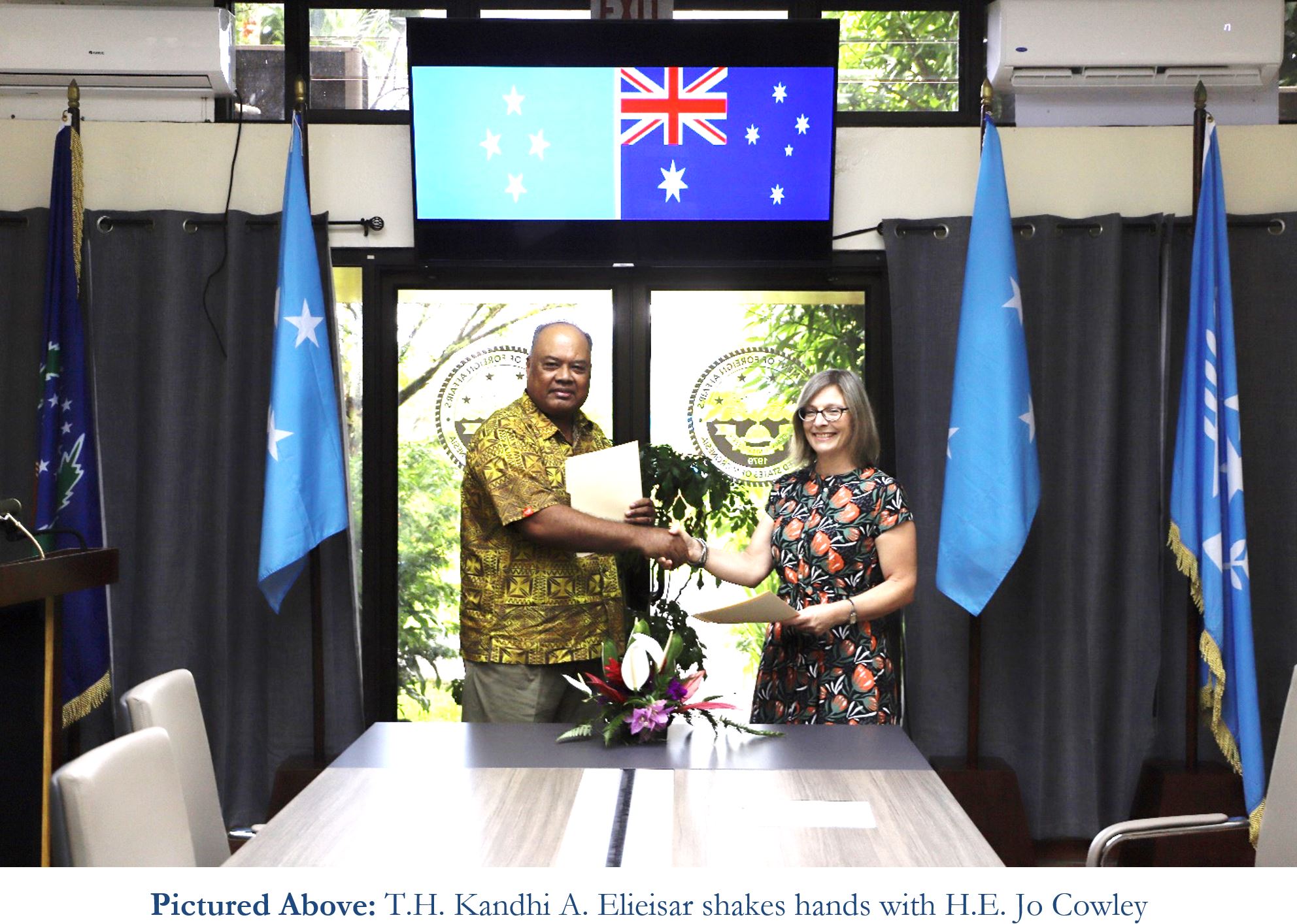 Regarding Climate Change and Environmental Resilience, the FSM and Australia reaffirmed that Climate Change remains the single greatest threat to the livelihoods, security, and wellbeing of the peoples of the Pacific. Australia committed to taking steps to explore how they might support the building of high-priority climate-resilient infrastructure and critical economic infrastructure.

Additionally, Australia committed to helping the FSM advocate and support the Declaration on Preserving Maritime Zones in the Face of Climate Change-related Sea-Level Rise, as well as working with Japan and the United States of America to address environmental issues caused by the decay of World War II shipwrecks in Chuuk Lagoon.

Regarding Human Development & People-to-People Links, the FSM and Australia committed to building on the recent progress achieved under the Improving the Quality of Basic Education (IQBE) program, in partnership with the Asian Development Bank. Australia committed to continue to supplement its IQBE investment through additional support for three Education Advisers in the FSM National Government and Governments of Chuuk State and Yap State.

The 2021 FSM-Australia Cooperation Talks concluded with a signing ceremony between the Honorable Kandhi A. Elieisar, Secretary of the Department of Foreign Affairs, and Her Excellency Jo Cowley, Ambassador of Australia to the FSM.

We have 494 guests and no members online