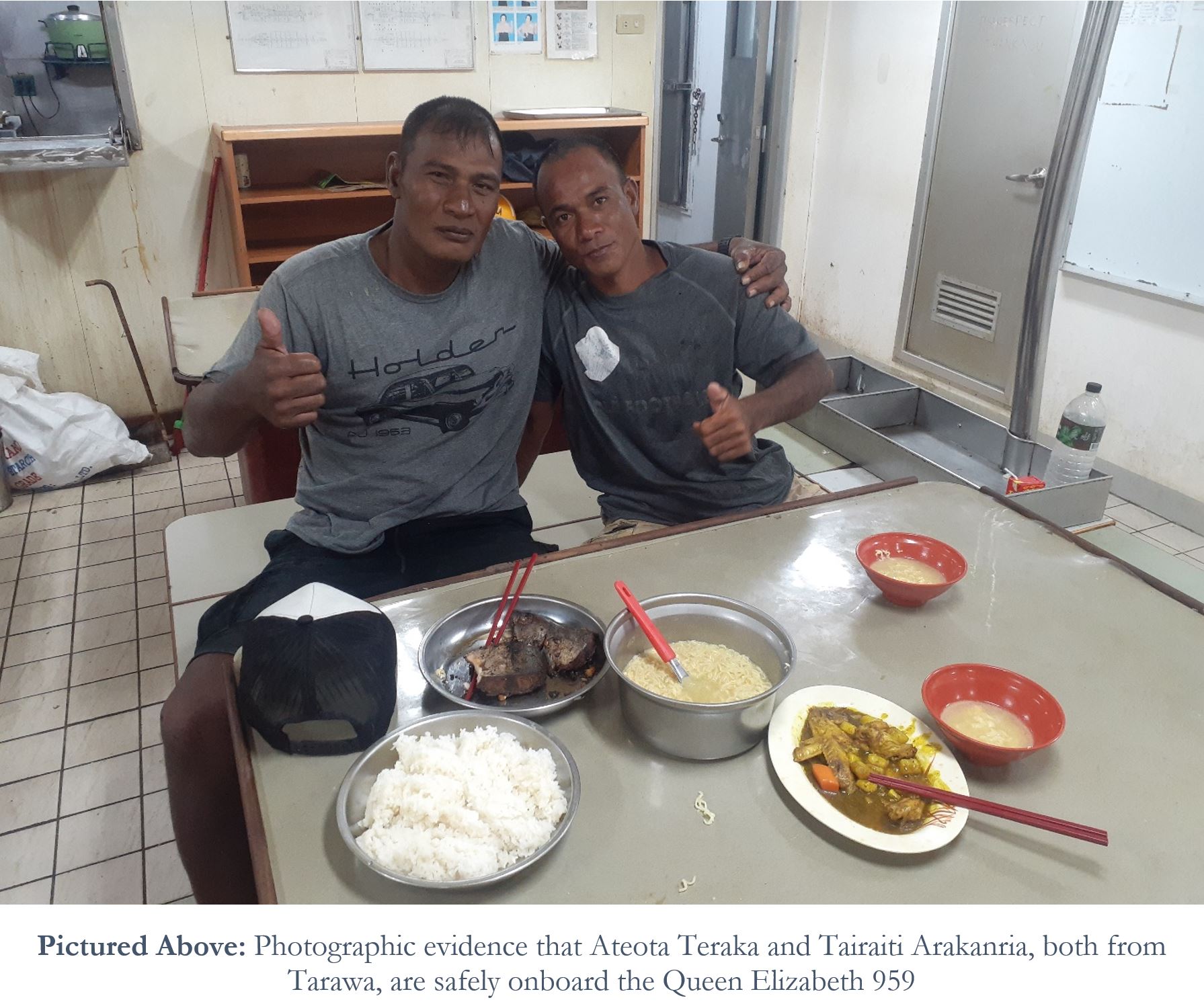 PALIKIR, Pohnpei—On October 6th, 2021, the Queen Elizabeth 959—a domestic fishing vessel of the Federated States of Micronesia (FSM) belonging to CityPro Management Ltd—rescued two I-Kiribati fishermen while in the Exclusive Economic Zone (EEZ) of the Republic of the Marshall Islands.

The two fishermen, Mr. Ateota Teraka and Mr. Tairaiti Arakanria, 43 and 30 years old respectively, had spent seven (7) days drifting at sea due to an engine problem on their boat, the Kuc Natareta. The two fishermen are in good health and condition, and their boat was successfully taken aboard the Queen Elizabeth 959.

“In my capacity as the President of the FSM,” His Excellency David W. Panuelo said in a statement, “I would like to express both the Nation’s gratitude, as well as my own, to the crew of the Queen Elizabeth 959 for rescuing our fellow Micronesian brothers from the Republic of Kiribati, who were found stranded in the EEZ of the Marshall Islands. When I speak to [His Excellency Taneti Maamau, President of the Republic of Kiribati] again next week or the following on matters relevant to the Micronesian Presidents Summit, I will make it a point to emphasize that we categorically guarantee the safe return of the fishermen.”

It is the intention of the Queen Elizabeth 959 to send the two fishermen back to Tarawa, the capital island of the Republic of Kiribati, after it completes its current fishing trip. The vessel is presently heading to the Republic of Nauru, followed by Papua New Guinea and Solomon Islands.

We have 585 guests and no members online