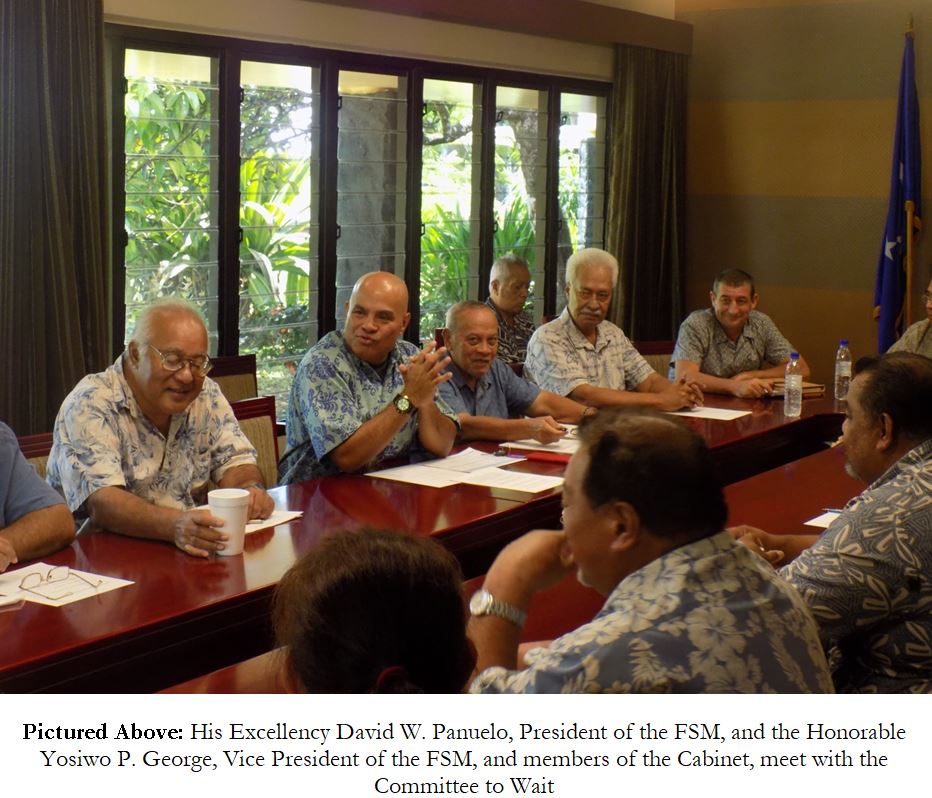 “It’s so humbling [that the Congress elected me President] that I can’t express enough appreciation…thank you for your faith in me,” President Panuelo began. “Vice President George and I have this administration in a busy mode and now we’re dealing with transitional matters.”

Amongst the transitional matters discussed included the President’s nominations, for the Congress’ consideration, for the Honorable Andrew Yatilman to continue serving as the Secretary for the Department of Environment, Climate Change, and Emergency Management (DECEM), and the Honorable Dr. Rufino Mauricio to continue serving as the Director for the National Archive, Culture, & Historic Preservation Office (NACH). Additional nominations include Ms. Suzanne Gallen to serve on the College of Micronesia-FSM Board of Regents, and for Ms. Norleen Oliver to serve on the Board of FSM Telecommunications Corporation (FSMTC).

Just under three million dollars of FY 2019 supplemental funding is requested for the Executive Branch, two of the keynote items being for cash-on-hand for the FSM Embassy in Japan to invest in a permanent office instead of unsustainable rental payments, and for the FSM Department of Health & Social Affairs to develop Private Rooms for Pohnpei State Hospital. Of relatively minute financial significance, but of deep import to the President’s capacity to run his administration effectively, is the request for funding additional positions in the Office of the President, including a Special Assistant on FSM State Matters, a Special Assistant on Legislative Affairs, and two additional positions in the Division of Public Information i.e. FSM Information Services/the FSM Public Information Office.

President Panuelo also advised the Committee to Wait that his administration intends to strengthen the Office of Overseas Development Assistance (ODA), the details of which are to be determined in the week of June 17th to June 21st, 2019.

We have 278 guests and no members online