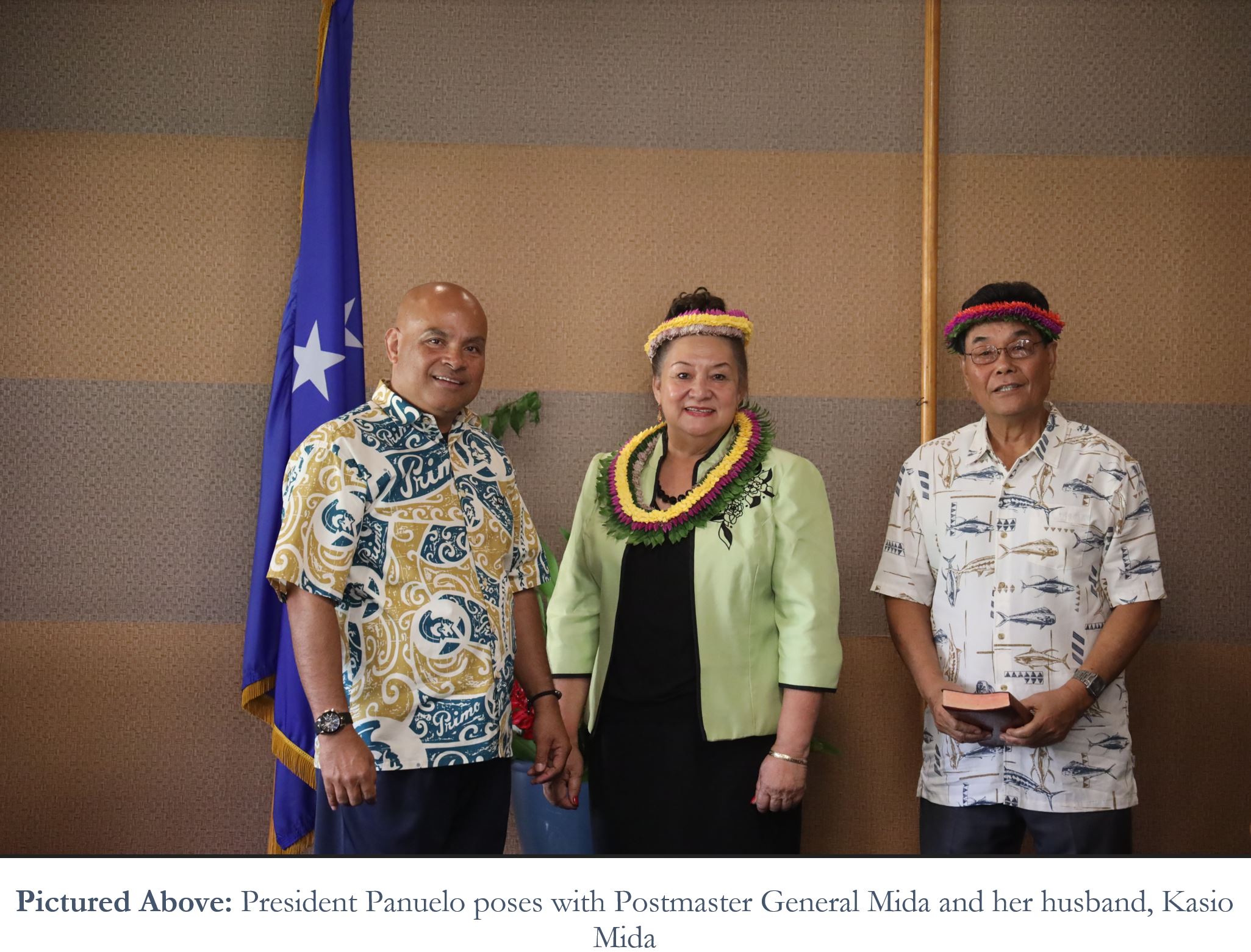 PALIKIR, Pohnpei—On January 23rd 2020 His Excellency David W. Panuelo, President of the Federated States of Micronesia (FSM), conducted the oath of office ceremony for the Honorable Kandhi Elieisar, Secretary of the Department of Foreign Affairs, and the Honorable Ginger Porter Mida, Postmaster General.

“Do you, [Kandhi Elieisar / Ginger Porter Mida], solemnly swear that you will faithfully execute the duties and responsibilities of the office to which you have been appointed, and will, to the best of your ability, uphold, promote, and support the laws and Constitution of the Federated States of Micronesia, so help you God?” said President Panuelo.

“I do,” said Secretary Elieisar.

“I do,” said Postmaster General Mida.

In his remarks, President Panuelo said “Secretary [Elieisar], we are proud of your long career in foreign service. You have a heavy load on your shoulders…but I have strong confidence that you will chart the course on our behalf.”

“Postmaster General,” President Panuelo continued, “You have worked very hard for our country. We thank you for your services and for being innovative…. One of your priorities is to expand services to more communities, and we look forward this year to implementing a Post Office in Faichuuk. Also, in this day and age with social media we see that sometimes our citizens complain about [package inspections and fees]. I instruct you to work with the Department of Finance’s Division of Customs to make sure that all import fees, duties, and processes are transparent and understood; regarding the citizens’ reports on tampering, I want corrective measures to be addressed soon.”

In his remarks, Secretary Elieisar said “I…would like to reiterate my thanks for the confidence placed in me to be the Secretary of Foreign Affairs. I am very mindful of your Inaugural Address, that our actions today are our prosperity tomorrow. That’s our mantra, and your policy statement, and you can be assured Mr. President, Mr. Vice President, that we work hard in the Department of Foreign Affairs. I know it’s a challenging time given the geo-political and geo-strategic competition in the world…but small island countries like ours, we can thrive and prosper if we work together. I think that’s the only way: to promote a multilateral approach in the world through the United Nations and other fora, that we work together as one voice, for a rules-based international order.”

In her remarks, Postmaster General Mida said “[You] will be my third President to serve, and I will assure you that I will do my best to serve you and the people. I want to thank my husband…he’s been my mentor. There is a saying that every successful man has a woman behind him—but I would say that, for my case, for every woman who does well, there is a leader ahead of her, and that’s my husband. I thank my children who have always been my biggest supporters…. Mr. President…because you trust us, we will do our best to serve the people as you want us to. Every single one of us have duties and…I can assure you that each and every one us will [do our best].” 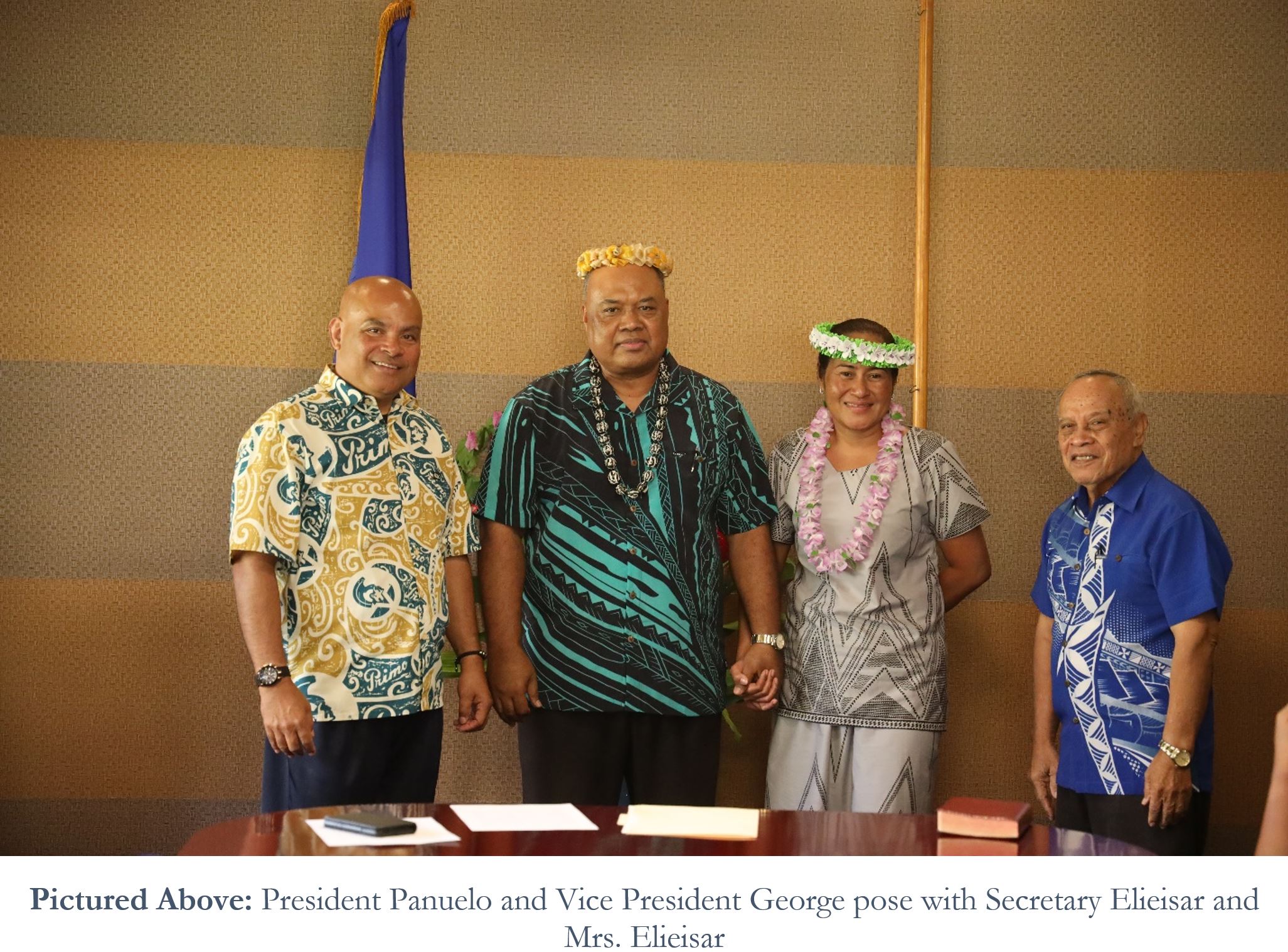 We have 1624 guests and no members online