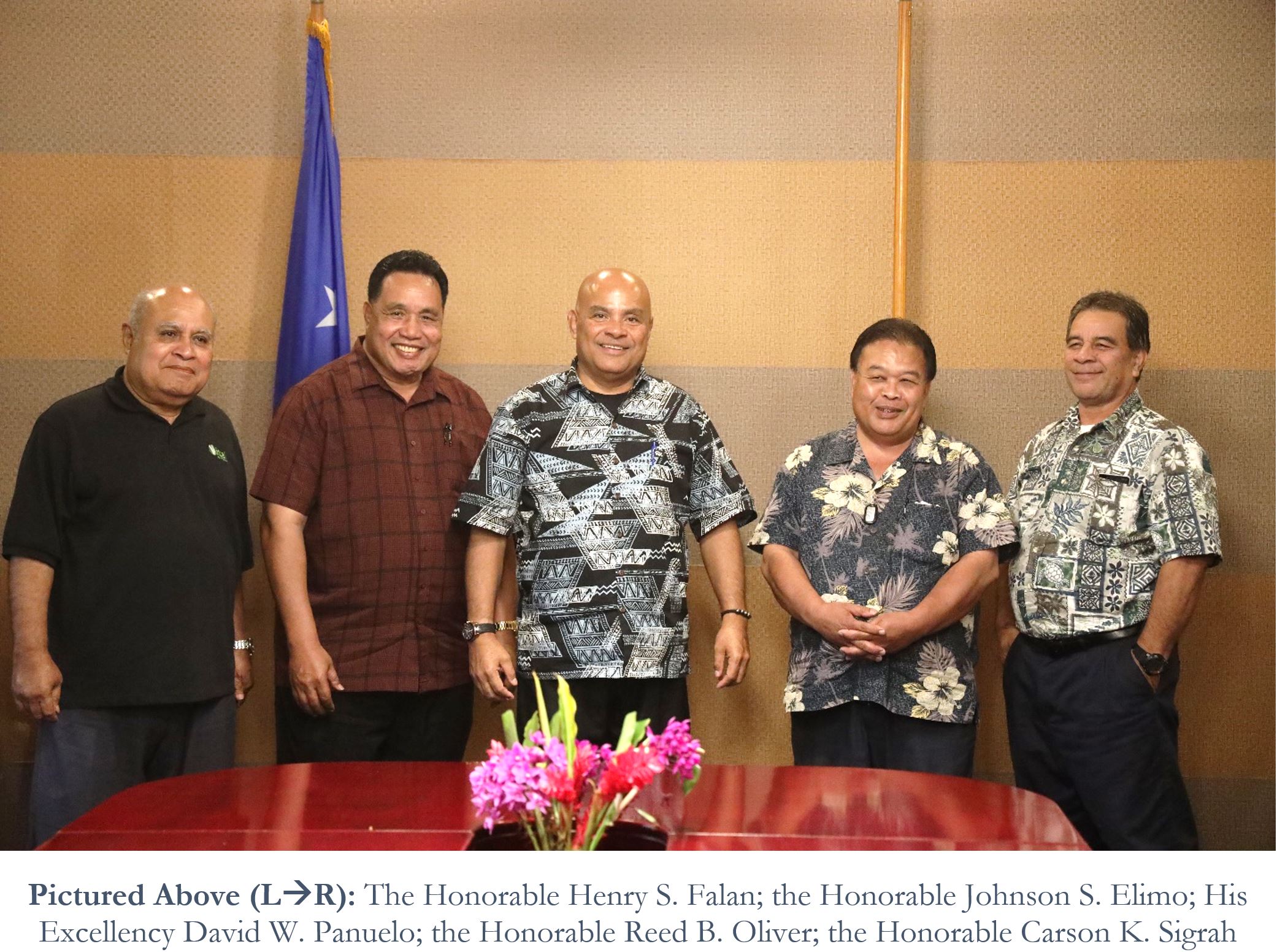 PALIKIR, Pohnpei—On February 12th, 2020 His Excellency David W. Panuelo, President of the Federated States of Micronesia (FSM), following the Chief Executives Council with FSM Petroleum Corporation/Vital, convened the Chief Executives Conference to discuss matters of import with the Nation’s Governors. Agenda topics included the Nation’s relationship with the Blue Prosperity Coalition and the National Geographic Society, the proposed Foreign Investment Bill, financial assistance from the People’s Republic of China (China), updates from the Joint Committee on Compact Review & Planning (JCRP), Tax Reform, and Overseas Development Assistance, among others. The purpose of the meeting was to begin discussions on topics of interest so that the May 2020 iteration of the State & National Leadership Conference can make executive decisions and agreements immediately prior to the Fourth Regular Session of the 21st FSM Congress.

Regarding the Blue Prosperity Coalition, the State Governors commended the Nation’s initiative and encouraged further collaboration among the five Governments.

Regarding the Foreign Investment Bill, it was recommended that Governors convene discussion on this issue with their respective states on the premise that the FSM—internationally regarded as a weak choice to invest in due to five separate foreign investment regimes—must improve its investment image abroad, and the best means to do so is to have a single, nation-wide standard as opposed to five separate foreign investment regimes. “I want to be part of the movement going forward,” Governor Falan said, in comments echoed by the other Governors.

Regarding assistance from China, the Department of Foreign Affairs provided a briefing on the six agreements signed in December 2019 (which were the agreements on economic and technical cooperation, the MOU on agricultural cooperation, letters of exchange on renovating the Pohnpei State Government Complex, letters of exchange on a feasibility study for road improvements and the Micronesia subregional training institute, protocols between FSM and Chinese medical teams, and a visa waiver for Government officials). Governors urged the Department of Foreign Affairs to follow-up on with the Chinese Government on the progress of aid for all four FSM States.

Regarding the JCRP, the Chief Negotiator provided an update on the work completed so far by the FSM and what is known to have been completed by the United States. Although not formally mentioned in the Joint Communique, the feeling in the room was that the JCRP’s work and the negotiations regarding the Compact of Free Association, as Amended, are the top priority for the State Governments.

Regarding Tax Reform, due to time constraints the President shared with the Governors the need to revisit the subject and recommended further consideration of the topic in the future. “It’s all very exciting what we’re working on,” the President said, noting that an in-depth conversation on Tax Reform would require a significant amount of time to discuss the intentions, the mechanics, and the results.

Regarding Overseas Development Assistance (ODA), the Governors exchanged views on the importance of ODA and coordinating their actions as a whole. The Office of ODA (a division of the Office of the President) briefed the Governors on past, contemporary, and planned ODA projects. The Governors recognized the importance of existing ODA Policy, and also highlighted the need for expediting the State priority approval process, including support from the FSM State Legislative Branches.

It was discussed that a donors roundtable, inclusive of all ODA partners, would be useful for future dialoging. President Panuelo briefed the Governors about his intention to plan for a donors roundtable meeting to be held in the FSM sometime in the next 12 months.

President Panuelo later invited the four Governors for a closed-door discussion on matters of mutual interest and concern. Although the subjects discussed are not part of the Joint Communique, the President advised that it was a productive conversation that fostered a sense of unity amongst the Chief Executives.

The meeting ended on a positive note, with the Chief Executives agreeing that they will closely collaborate to take action’s today for our Nation’s prosperity tomorrow.

We have 972 guests and no members online