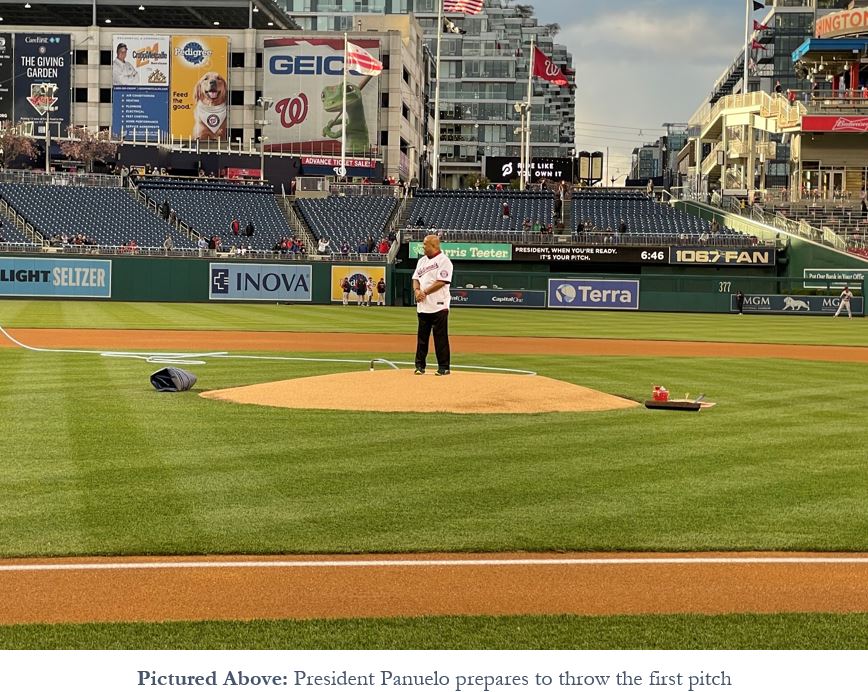 WASHINGTON, DC—Following a series of meetings with U.S. Government officials in Washington D.C. that have expanded upon the substance discussed during the High-Level Defense Talks in July 2021, including the negotiations for the Compact of Free Association, on April 19th, 2022, His Excellency David W. Panuelo, President of the Federated States of Micronesia (FSM), threw the first pitch for the Washington Nationals.

President Panuelo’s objectives while overseas include substantive deepening of ties with the Nation’s Enduring Partner, the United States of America. While it is not within the scope of this release to describe the President’s meetings in detail, it is the intention of the FSM National Government to describe some of these meetings upon their conclusion, including the President’s forthcoming meeting with the U.S. Special Presidential Envoy for Compact Negotiations, H.E. Joseph Y. Yun.

We have 1596 guests and one member online