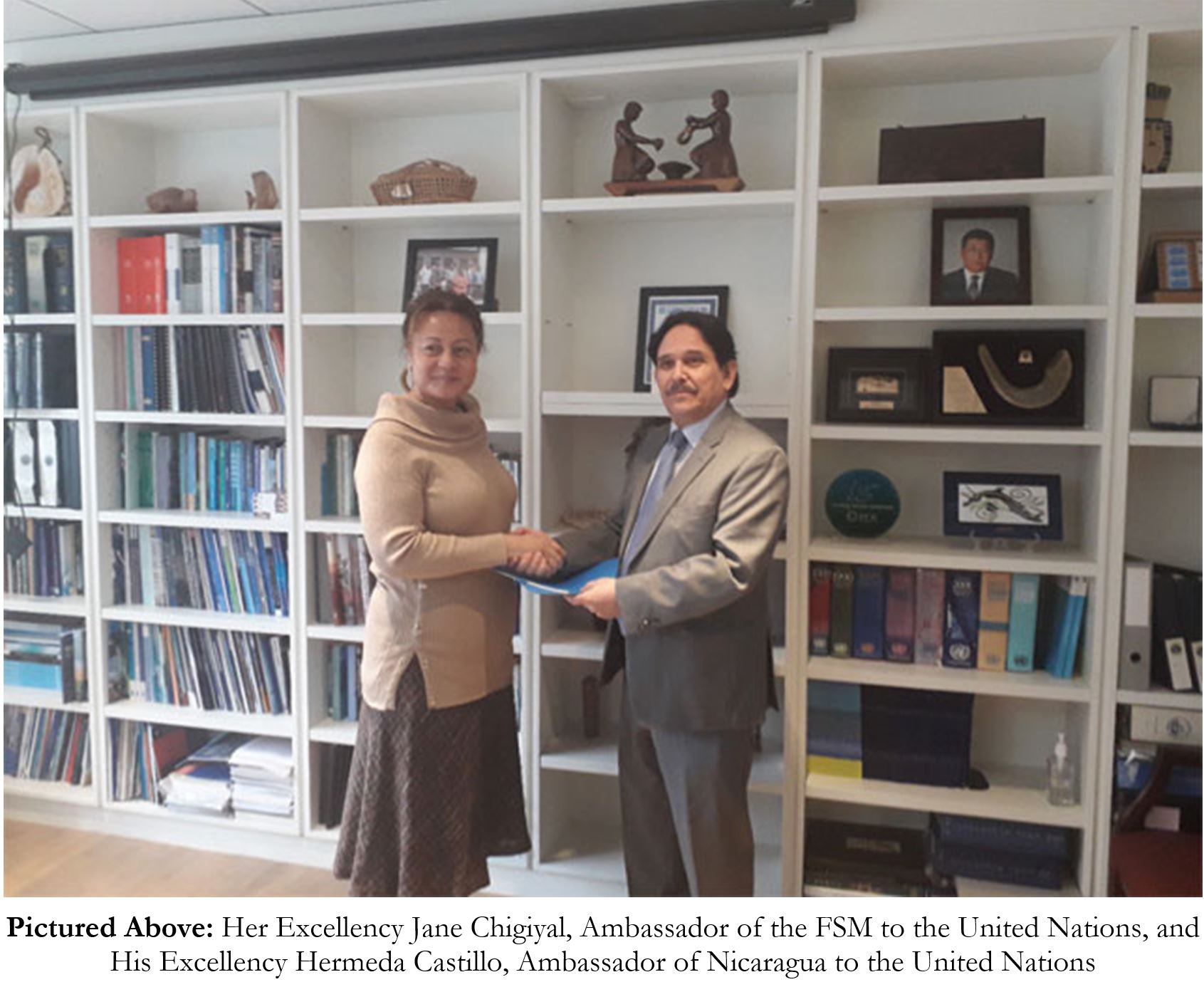 During the meeting, the Ambassadors briefly discussed the importance of multilateralism to both countries. They agreed on the need to work together to combat climate change. Both countries attach great importance to the Ocean which is symbolized by the color blue in the respective flags.

The establishment of diplomatic relations between the two countries reaffirmed the principles and purposes of the Charter of the United Nations and was done in accordance with the provisions of the Vienna Convention on Diplomatic Relations of 18 of April 1961, it was attended by various members of the two respective Permanent Missions to the United Nations in New York. Nicaragua is the ninety-third country which with FSM has established diplomatic relations.

We have 1188 guests and no members online