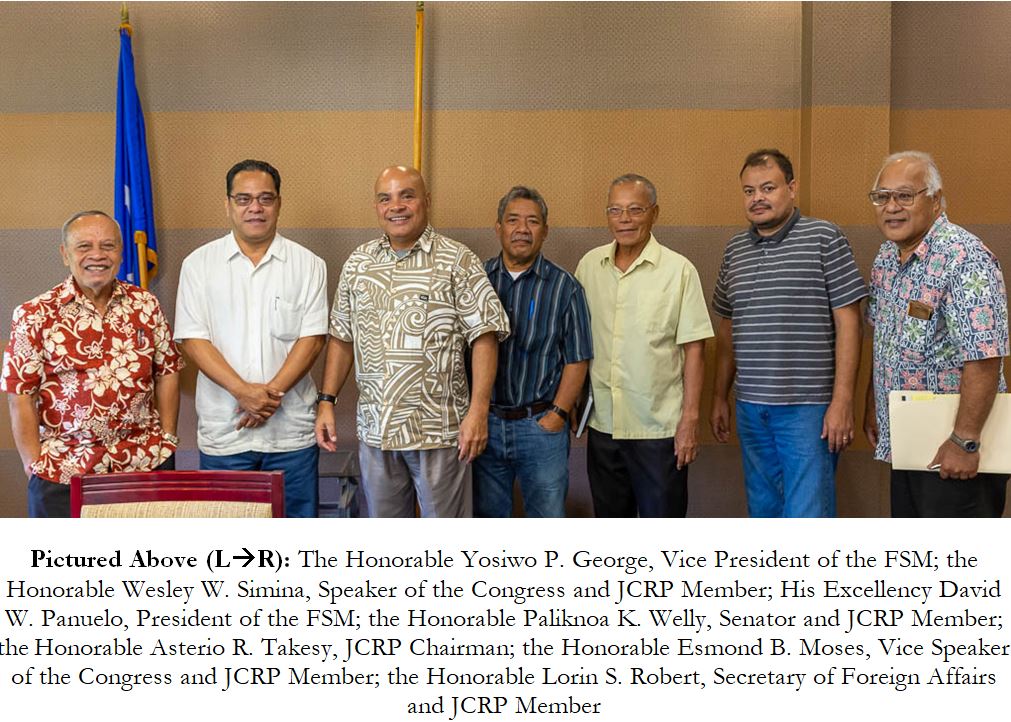 PALIKIR, Pohnpei—On June 14th, 2019 His Excellency David W. Panuelo, President of the Federated States of Micronesia, and the Honorable Yosiwo P. George, Vice President of the FSM, received Members of the Joint Committee on Compact Review and Planning (JCRP) in a meeting to brief the JCRP on the President’s recent trip to Washington, D.C., including an update on its selection of a Chief Negotiator for the FSM, who would become a member of the JCRP, and to emphasize this administration’s intent to work closely with the JCRP and the Congress during Compact renegotiation discussions.

“One of the things I want to share with you,” President Panuelo said, “is to see if we can go with a marching order to try to indicate to the [Government of the United States of America] if we can conclude [Compact of Free Association] negotiations sooner rather than later.”

The President also met with Members of Congress and staff, including Chairman of the Senate Energy and Natural Resources, the Honorable Senator Lisa Murkowski, and the Honorable Representative Don Young, Dean of the House of the Representatives. Rep. Young expressed his desire to immediately approve extensions on the economic provisions due to expire in 2023.

During the visit, President Panuelo also attended a ceremony to lay a wreath on the Tomb of the Unknown Soldier at Arlington National Cemetery and paid tribute to the service of FSM citizens in the US military.

Further, President Panuelo emphasized that citizens of the FSM are becoming increasingly anxious about their economic security, and that it’s in the citizens’ collective interest that their concerns be heard, acknowledged, and then resolved with a clear vision for the future.

“I want us to approach [Compact of Free Association negotiations] as one FSM family…to sing the same song,” President Panuelo continued.

“I want to express a sincere appreciation to you, Mr. President, for the expression of moving forward as one family…it couldn’t occur at a better time,” replied JCRP Chairman Takesy. Chairman Takesy, for his part, also suggested his view that assistance with natural disaster resilience play a greater role in Compact of Free Association negotiations going forward. “Moving faster is more prudent than waiting,” he explained.

Speaker Simina, on behalf of Congress and the JCRP, pledged his full support to working with the President to put forward a unified approach to Compact renegotiations.

Additional outcomes of the meeting included specific arrangements for how a unified approach on Compact of Free Association negotiations might function, as well as discussion on some of the JCRP’s next steps forward. 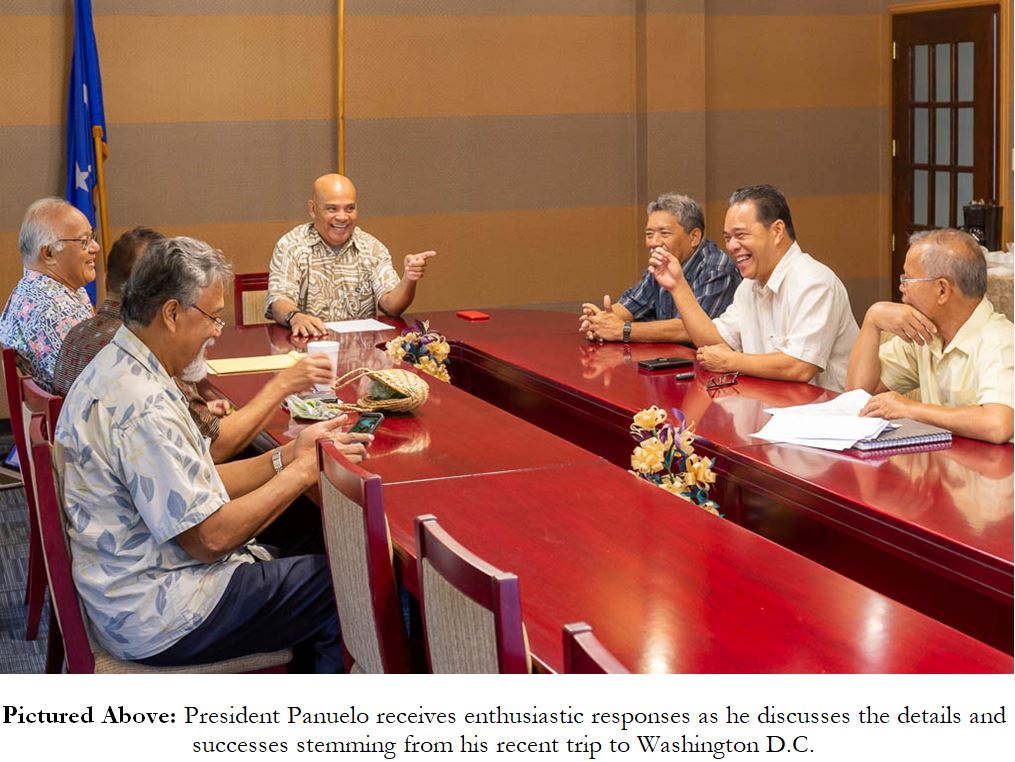