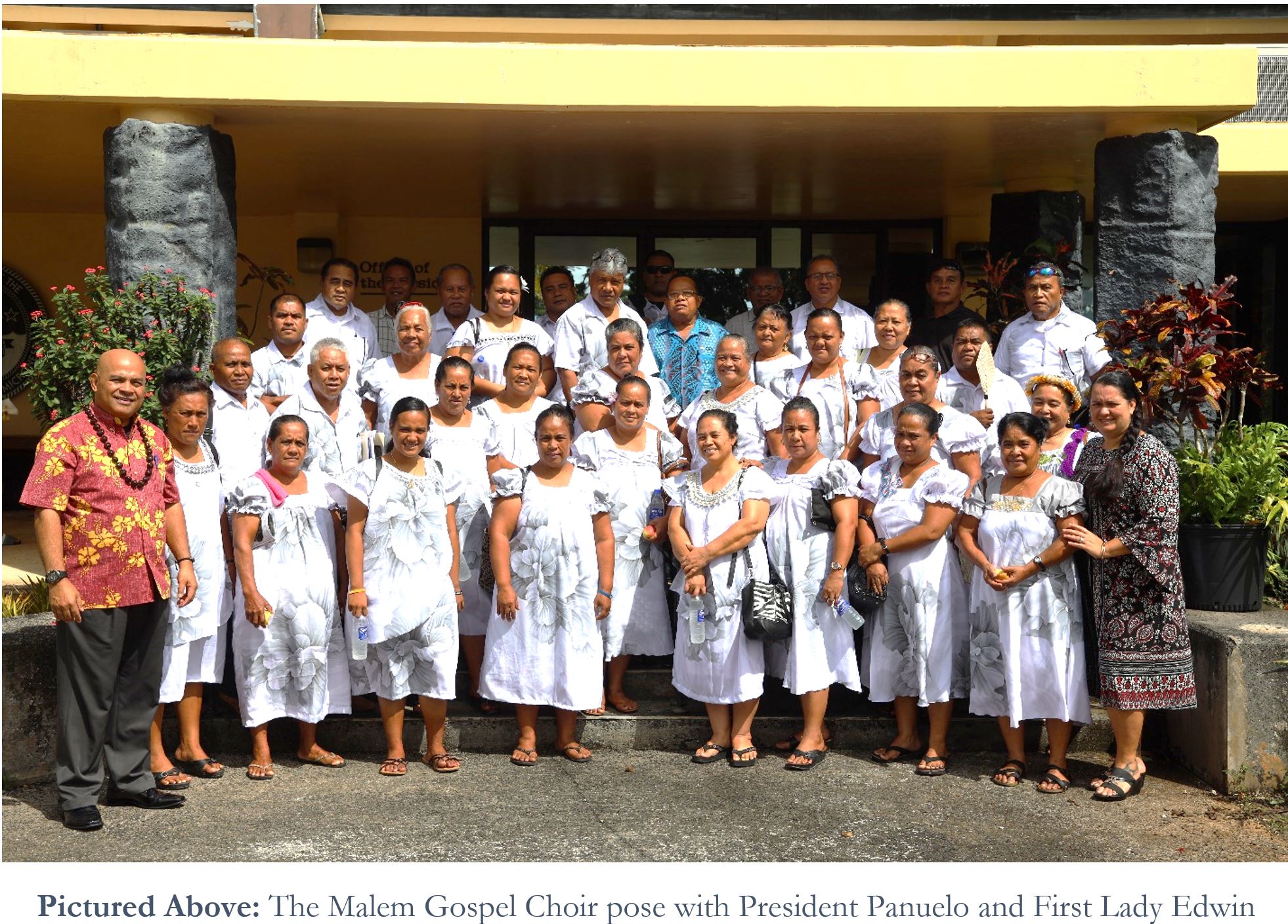 PALIKIR, Pohnpei—On December 2nd, 2019 His Excellency David W. Panuelo, President of the Federated States of Micronesia (FSM), received the Malem Congregational Church’s Gospel Choir in a courtesy call. Also present was the Honorable Carlton M. Timothy, Member of the Kosrae State Legislature, who is a Deacon in the Malem Congregational Church. The purpose of the courtesy call was primarily to say hello and pay respects, but also included a delightful performance of a song, as well as discussion on the President’s recent activities.

The song can be viewed here: https://www.youtube.com/watch?v=1mHZpBlgHnM

“On behalf of the FSM National Government,” President Panuelo began, “We would like to welcome you—what a great pleasure it is to receive you in this office, YOUR office.”

The President described how the FSM State of Kosrae plays a valuable role in the Nation’s social development, the creation and promotion of innovative solutions, and the FSM’s broader sense of unity.

The FSM State of Kosrae, when compared with the FSM States of Yap, Chuuk, and Pohnpei, routinely performs well at implementing national social development programs. President Panuelo noted that, when he has an official state visit to Kosrae, he will be sure to meet with the Executive and Legislative branches to determine how the FSM National Government can help Kosrae and Kosraeans, and to advocate for Kosrae to continue leading in key areas.

“Kosrae is very clean,” the President said. “Kosrae must…be the role model in leading our Nation, in being the cleanest state.”

While the President didn’t confirm a specific timeframe for visiting Kosrae, he noted that the administration is aiming for the first quarter of 2020 (i.e. sometime between January 1st and March 31st).

We have 144 guests and no members online